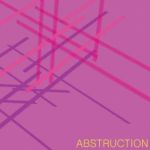 When 3ofmillions launched their second album in March this year at Venue 505, Cameron Undy’s cosy new jazz club in Sydney, they invited Chris Abrahams to play support. It was as if they were acknowledging the frequent comparisons that have been made between the Necks, pianist Adrian Klumpes’ previous group Triosk (formed in 2001 with Ben Waples and Laurence Pike), and this current incarnation. The event served to demonstrate how different they are, with Abrahams playing solo acoustic piano, and 30fmillions employing much more in the way of voice and electronic effects. Both groups employ extended minimalist keyboard techniques, layered textures, and are genre bending, although 30fmillions is arguably more influenced by post-rock and electronica, whereas the Necks remains within the boundaries of acoustic instruments. The breakup of Triosk, who were signed to the prestigious British ambient label Leaf, was a disappointment to me, and their successor’s self-released first album, Immediate (2008), struck me as dissonant and unfocused. Abstruction, however, is a satisfying combination of the ambient-electronic elements of Triosk, augmented by teenage drummer Finn Ryan’s often fierce percussion and bassist (formerly of Apoplectic Trio). All three musicians are credited with voice and electronics, and Klumpes plays Rhodes as well as piano.

The opening and title track establishes a shimmering groove which sets the tone for the album, perhaps suggesting both abstruction and construction. Versus Nature is slower, meandering and more melodic, the acoustic piano leaving space for Ryan’s bass drums and cymbals to adventure, and Cross’s bass to climb into improvising lead guitar-like regions. Rhodes and electronically distorted piano drive the brief and drifting Furniture, with Ryan sounding like he’s playing pots and pans in the background. Growling, demonic electric bass introduces the dramatic Nebuchadnezzar. Named after the king of Babylon to whom Saddam Hussein considered himself the successor, grinding arco bass and vamping piano paint a fitting portrait, with military-style drumming and vocal effects establishing a powerful choral crescendo. A bell-like electronic, motoric rumble is the main dynamic of What Are You Gunna Do?, and Glaciation features a slow-moving development which mirrors the title. The final track, Acquiescence, is a Brian Eno-like soundscape, with two notes recurring on piano, a lingering bass drone, skittering cymbals and drums, and organ-like chimes, all held together in a gorgeous, gently transforming sonority.

The album was the result of the ‘intensity’ of a week long residency at Arthur Boyd’s residence at Bundanon on the Shoalhaven River, and the influence of these surroundings is evident in its tranquillity, though Nebuchadnezzar alludes to a cycle of arresting and violent paintings by Boyd. Aaron Leeman-Smith’s minimalist mauve digipak artwork, with criss-crossed line designs and a felt bed for the CD, is also outstanding. Definitely one of the albums of the year.