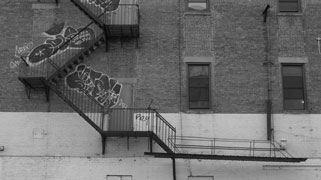 As I sit in Washington state park I can see a film crew, 2 painters and their easels, a woman perfectly poised in a yoga position with her feet in the air and her face in the grass, and a guy tight-rope walking on the chain that runs around my patch. There is a mosaic of pigeons and a hyperactive squirrel. Right now the canopy over my head isn’t concrete, it’s green and leafy but this is unusual. I can see an old couple doting on one another and a young couple arguing. There are a few homeless guys deciding whether to be black or white in their game of chess and in the distance a group of people are practising Tai Chi. I would be surprised if all the continent’s ethnicities aren’t represented here.

New York is an international city populated by all the complexities of human personality, ability and circumstance. It possesses a charisma that can steal you away into an unfamiliar dimension of being, bringing the best and worst out of you. It stinks, it’s ugly, there’s trash on the sidewalk. On Manhattan, busy people walk straight into you and if you let your guard down in Brooklyn you’ll be flattened by a stampede of young mothers and their strollers. The staff in the subway booths are unfathomably rude but I love it, and after many conversations, I have realised that although New York makes me feel like her one and only love, it turns out she has broken many hearts and will continue to as long as she remains so irresistibly charming.

The music here exists in its own neighbourhood of excellence, one that it built for itself. For many generations now this community has pushed itself deeper and deeper into the capacity of human creativity, perpetually expanding the sphere of reference for generations to come. Sean Wayland said “one month here is like one year in Australia”,   he’s so right, for me it’s been the equivalent to more.

But Sean meant no disrespect to Australian music or ‘Jazz’ (I know he in fact, adores it), nor am I suggesting an inherent inferiority, I guess I’m simply describing a difference in values which I have perceived. Here in New York I would say the jazz community (or maybe just the younger members) have focused their values around the quantifiably definable properties of music.  Within the confines of this value system the whole community has pushed the music so far. It is inspiring beyond description. The music advances so quickly here and the standard is just so high that as an Australian jazz musician visiting for a month it feels like the equivalent to a year at home. However if I was to search for a reason to criticise the scene here as it exists now, it would be on a point that I would argue is one of Australian Jazz’s comparative strengths. I’m going to show why I feel the earnest sense of exploration and sincere expression one might identify in earlier jazz recordings is generally harder to hear in the music here today.  The comparison with Australia is irrelevant really but a point of interest. It’s important to understand that I’m simply expressing my own feelings here, not trying to prescribe anything, these are just things I found myself thinking about, but I apologise in advance for what may seem to some to be a rant.

This opinion could be corrupted by my intensely emotional relationship with the recordings I have of the Coltrane quartet but I would say that – generally speaking – there aren’t many bands / individuals who are really exploring what a set group of jazz musicians can achieve when they work together in a band format as the Coltrane quartet did. (there are obvious exceptions; the much loved and missed Paul Motion and his band, kneebody, martin medesky and wood, oam trio etc etc – but I am talking about the dominant paradigm). Married to this problem is a culture of valuing the cerebral over the ethereal. I would argue that if you were to construct a pyramid out of the observable values in the music today, based on recordings and performances, the brain muscle would be at the top and the heart muscle would be found somewhere underneath (subjective I know but bear with me). For me, the ideal construction would have sincere human intention, expression and emotion at the top and all the other parts of the complex human condition working to support that. To me, when I listen to my favourite guys: Coltrane, Sonny, Bird, Lee konitz, Bernie McGann even Joel Frahm actually, I hear a musical power structure that has expression at the top with everything else working to support that. As a result of the said current culture, I feel that the earnest sense of exploration and sincere expression that you can identify in earlier jazz recordings is generally harder to hear in the music. (I won’t go into this now but I would say the same for a lot of contemporary art practise, again, just my opinion. I think, although the cynicism of the post modern movement was an important step in our maturity it has reached its limit as a value system and has become a vacuum). Anyway, moving on.

With Coltrane, to me at least, we have a great case study for the character of ‘Jazz’ music (If it really still requires that categorisation). To me Jazz is a creative art which employs the mind and spirit at the same time to compose and present art simultaneously. It can be incredibly demanding intellectually but you could argue it also demands a lot of one’s emotional capacity. We have sacred recordings which demonstrate how intensely emotional the jazz idiom can be and exemplify what can happen when the cerebral is servant to the ethereal. If I had to pick an example the most obvious would be John Coltrane’s ‘A Love Supreme’. To me it is a sublime and pinnacle example of what can be achieved when a ‘Jazz’ artist combines their wealth of knowledge concerning the quantifiable musical properties with a desire to explore, express and transcend self within the framework of a ‘BAND’.

Coltrane is interesting because passionate observers of the Jazz idiom all agree that he was seminal but for different reasons. He pushed the quantifiable properties of the music perhaps further than anyone before and for a long time after, meaning he removed the physical obstacle of the instrument more effectively and took the harmony further than many. But he also has an enormous legacy surrounding expression and what I would describe as spirituality in the music. (although spirituality isn’t a necessary term here). To me ‘A Love Supreme’ is a peak in the timeline of Jazz, a moment where all the complex abilities of a Jazz nucleus (individual) and cell (band) work together to achieve something greater than an individual flexing his/her brain muscle. I think perhaps the contemporary culture of Jazz can get too caught up in what is really only one half of what the music has to offer – the quantifiably definable properties. Coltrane married the two brain hemispheres of music brilliantly and perhaps the jazz community and institution could learn a thing or two from reading his vows.

For me the most exciting jazz music being produced today is that which uses the quantifiably definable properties of the music as servants not masters – servants to the melody, ensemble and emotional message of the music. I guess to me, I hear less and less of this risk taking explorative spirit in the music today. I’m not presenting any real alternative, I have no idea how you would practise or learn the values I’ve discussed so my intention here is simply discussion.

But that’s just me.
If you have any questions or comments, if you resent my rant, please contact me, I love arguing!
d.n.jackson@hotmail.com             www.davejacksonmusic.com

About the author:
Dave Jackson is currently on a 'Skills and Development' grant awarded by the Australia Council to study with some of the worlds best Jazz musician's in Boston and New York.
He studied at the Sydney Conservatorium of music and was selected as a top 10 finalist in the Wangaratta Jazz festival National Jazz awards in 2009.
Since then he has performed at all of Australia's established jazz gigs and recorded several albums as co-leader and sideman. He has performed alongside highly regarded Jazz musicians such as James Muller, Warwick Alder, Carl Dewhurst, Simon Barker, Dave Panichi, and John Harkins amongst others.