http://www.abhotel.com.au
You will be impressed at what you will find at the AB Hotel. Fastidious attention to detail combi... 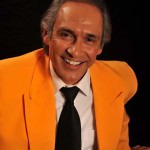