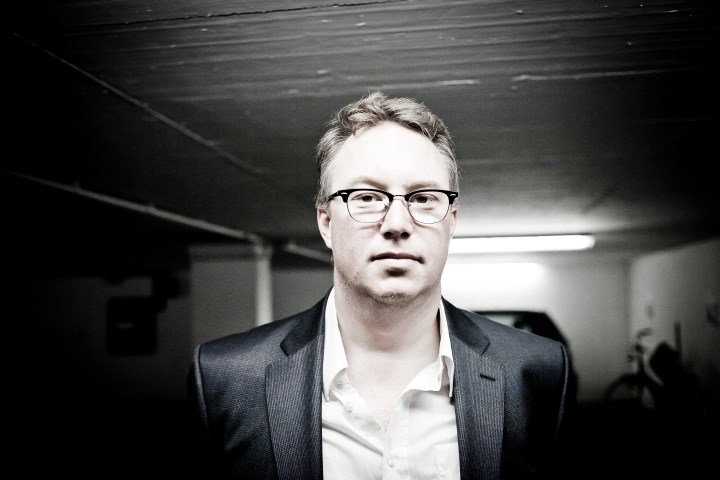 An interview with Florian Ross for Jazz Australia.

JA: How did your interest in jazz first begin and how old were you at the time?
FR: My father is a hobby banjo-player, but I really hated it. He dragged the family along whenever he played with his New Orleans band, I decided to utterly dislike Jazz. Much later, when I was an exchange student in the US, I re-discovered Jazz via Jazz Rock, Fusion and such.

JA: Tell us a little about your early musical education, in taking up the piano.
FR: We had a piano at home and I played it like it was a toy. So I kind of grew up with it being around. I think especially for piano that’s a great way to start because there’s no pressure to learn at first. If a piano is around, you can touch a couple of keys when you walk by. And if you like the sound of it, you might sit down and experiment. It’s different if your parents buy a violin for you – from the very beginning you ‘owe‘ the instrument. With my piano it was different, we were pals.

JA: Who were the musical artists who first inspired you?
FR: Hard to say. It was more bands than artists. It took me a very long time to understand that whole concept of a single musician being so important – and I’m still not convinced that it is neccessarily the best way to look at Jazz. Of course, there were heroes and masters, but I always like bands better. Took me a long time to really understand the concept of a Charlie Parker or Bill Evans or John Coltrane. Plus, my musical interests were totally outside Jazz when I was a kid: I liked Saga, Toto, Genesis, Chicago. Bands, not singular musicians.

JA: How did your interest in scoring for big bands first begin?
FR: At age 16 or so the thing was to join the state youth big band if you were serious about Jazz. I was kind of reluctant because the music didn’t really interest me that much and in some ways I was already much further in my development than my colleagues at the time. But, hey, my pals did it, so I decided to join. I hated the whole group-psychosis’ vibe Big Bands sometimes have, but I loved to bathe in that fat sound. As a pianist, you sit around a lot while the conductor rehearses horn parts – I really enjoyed that, though. And I think I picked up a lot of useful information by just sitting there and watching those guys rehearse.

JA: Tell us about some of your favourite big band projects.
FR: Well, ideally, I would come into a room and have bunch of motivated, extremely talented and open musicians eagerly waiting to play my music. But, of course that’s only the tip of the iceberg. When I put together a band for my Big Band album Ties & Loose Ends (2014) I found it incredibly hard to take care of 18 freelance musicians. To organize, write emails, argue, laugh, keeping a good vibe and all. After the project I decided not to have my own Big Band, ever… It’s just too much babysitting for me. That’s why I really like existing bands that are organized by people who are good at it or institutions to have the funds. German Radio bands like the WDR band are a great example of that (that’s the one Shannon Barnett plays in). But there are also great College bands, intl. radio Bands. To be honest, Germany has so many good Big Bands, now, it’s amazing. There are at least three musician-run Big Bands in Cologne alone, plus the WDR. No need to add another one to that.

JA: You are known for embracing both the jazz mainstream and a wide variety of contemporary styles – can you elaborate?
FR: It’s just the mixture of music that makes me happy, really. There was a time when you were told that you’re not allowed to go on stage without having learned all Parker solos (which is certainly a good thing!). Thank god, though, we’re open enough now, to play and explore whatever we find interesting. It’s tough on young musicians because they often feel disoriented in the vast pile of music that’s out there. Also with the all the openess and not-judging-styles, there somehow emerged a not-judging-quality as well – which is a drag. I am convinced that there is such a thing like ‚ ‘good’ music and ‘bad‘ music, in a kind of universal way – very hard to pinpoint, though. A lot of people find that politically incorrect or offensive. However, I think especially today, it’s important for musicians to keep up some sort of quality control. Probably in a much broader sense than say, in the 1980s, but still. Aesthetics, Rhythm, Sound, Energy, Colour, Melody,… – these are still very valid parameters in music and iif any one of them fails, the music
fails. But I digress.

JA: How did your original tour with the Jazzgroove Mothership Orchestra come about in 2006?
FR: That’s 10 years ago, djeez. I think the whole thing started via a German sax player who got to know David Theak on a pleasure trip to Sydney and told me to get in touch with him. I had not the slightest clue about Jazz in Australia at the time – although I owe a lot in my career to Mike Nock (who, despite being Kiwi, plays a role in Australia’s Jazz scene as well).

JA: What are you looking forward to when you reunite with the JMO in October?
FR: I wonder who’s still in the original lineup from 2006? I had a great time back then and for me it’s as much about spending time with the guys as it is to play music. I totally loved their energy already in 2006 and from what I’ve heard, they’ve really been taking off from there! So thumbs up from my side!