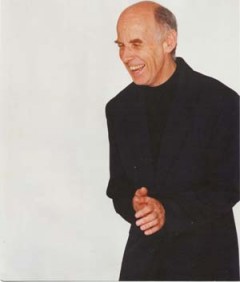 He may not have discovered the cure for the common cold, but Mike Nock believes he knows how to soothe our modern existential pain.

Jazz, of the creative variety – jazz that, in his words, “comes from a real sense of making music” – is something that Nock believes is badly needed in today’s society, probably more than ever. And when it comes to creative jazz, he ought to know. For many, Nock may be best known for his leadership of the seminal fusion band The Fourth Way in the 70s in the USA, but when that band ceased its short life, Nock’s creative juices just kept flowing, and his exploration of the spaces between the tradition of jazz and the ideas of free music continue to reap rewards for those who have the opportunity to hear his music or play with him. “Jazz can be a powerful manifestation of something very deep in people,” he says, “a basic expression of the creative urge.”

These days, Nock is based in Sydney, Australia. He teaches, composes, and gigs – solo, with his trio and the Big Small Band – also sometimes known as the Mike Nock Project. The band’s ten musicians, including Nock on keyboards, creates colorful, highly textured music under his watchful eye. Creating, supporting and sustaining multi-layered, adventurous and ultimately beautiful music, Nock’s clear message is one that we hear from true artists in every medium – that the measure of an artist is his or her ability to balance between tradition, craft and freedom of expression.

On stage with the band, Nock is careful to ensure that all musicians share the limelight in relatively even proportions, and performances by the group are a sort of guided democracy. In the middle of an Australian and Asian tour at the end of 2002, a member of the band responded to my question “What’s he like to work for?” with “He’s demanding, but the results can be exhilarating.” The music created under his leadership proves that statement to be true. A Mike Nock Big Small Band gig is pretty well guaranteed to send you home in a good mood.

Despite the world’s current somber tendencies, Nock maintains a sense of optimism about how jazz can contribute to human wellbeing. As an art-form, says Nock, it is about a combination of hard work and letting go. And the continuum. In one breath he says “You get strength from a tradition that you can’t get any other way,” and in the next breath “If I see a young musician come up, and they surpass me somehow – that’s wonderful. That’s my success too.”

With his Trio (Brett Hirst, bass and Toby Hall, drums) which has been together for about two years, Nock continues his musical journey of discovery. Of his CD ‘Changing Seasons’, released in 2002 on the Japanese label DIW he says “What makes this CD special for me is that in making it we essentially wanted to see what our music sounds like. We just went into the studio and played for three days.” The result, says Nock, is testament to the process of discovery that he believes is so important, in the music and in life. “We looked at what we had, and took the best from it. Every track on the CD is one that we loved.”

“Sometimes I think we’ve got our priorities wrong, as a society,” says Nock. “There’s so much emphasis on making a living. Jazz can be a counter for that – a really honest expression of contemporary life and our role in it.” Bring it on, Mike.