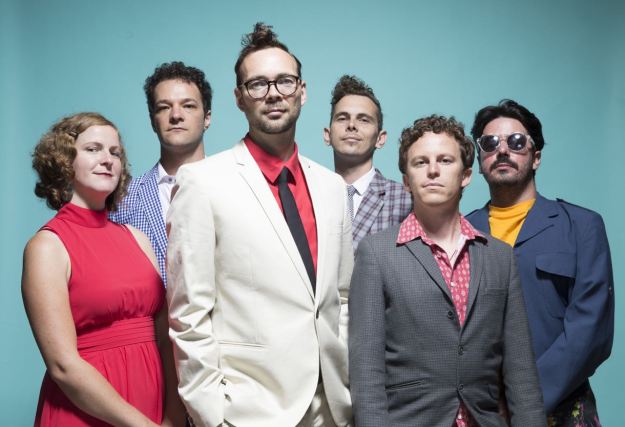 Matthew and Eden Ottignon’s latest project, Single Shot, is electric music for ebullient ears; seven tracks of serious vibe. Saxophonist and bassist respectively, the brothers have put together a band here that it may well be socially irresponsible to book on weeknights.

Inevitably the African influences will likely be the listener’s primary gateway into this music, but I would venture that there is actually a lot more going on here. For instance, Kirkwood’s trumpet keeps Miles close, yet her style is always hers alone as she digs down into the rhythm section to find a distinctive pocket and a personal phraseology. The surface gestures may at times allude to other music, but rapidly what is revealed is an unremitting personal framework on which those gestures stand. This much is, to a great extent, similarly applicable to the recording as a whole.

There is also a good deal of Jazz history-and indeed beyond-informing all of the ensemble work. The combined timbre and articulation of the horns for fleeting moments reminds me as much of Joe Henderson and Lee Morgan as it does of Fela Kuti’s or Tony Allen’s various groups. When working together, the horns are always in accord, but not so uniform that each player’s timbre doesn’t come through. I like that particularly, and considering the way the album is recorded I suspect that is something that is quite conscious. There is a similar sense of space and position among the rhythm section members, whom are unrelenting in their momentum.

The writing is intriguing and unfailingly develops. Never is there a dull moment or repetition without a trajectory. I have heard and participated in “Jazz-musicians-play-Afro-Beat” before, and am wary of a certain flatness that can come with rendering a music that the players are not deeply and personally invested in as individual improvisers, no matter how competent. This isn’t that. These musicians know who they are, where they are, what they are doing and why, and you can hear it. The compositions are imbued with many subtle insinuations toward a seeming plethora of quite personal musical nuances, yet the music always stays equally firmly rooted in the pulse, and is never lost in navel ruminations or posturing.

This is not Afro Beat music, with Jazz on board for the ride, or vice versa. This is these cats, and they are bringing their thing. It is unique and it is present.

Single Shot is the sort of recording you are going to want on vinyl. If I were a club DJ I would buy this in an instant. This has that sort of mojo. I want to crank it up really loud, so loud that I wont even hear my neighbours banging on my door to complain.