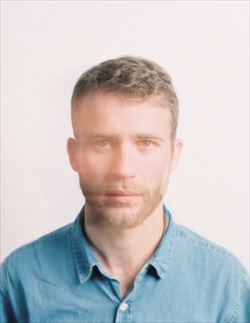 The Listen/Hear Collective was created to representing newly composed and created music that slips between the cracks of genres. It aims to service a currently under-served community of composers and performers through presenting, distributing and promoting their work.

They are working towards giving a stronger voice to the scene of creative music in which they exist, a scene that draws from a myriad of different musical genres and one that is not afraid to explore the places where those genres meet.
The recordings being released aim to paint a certain picture of a scene without a name, without trying to give it one. The Listen/Hear Collective plans to develop as eclectically and broadly as this scene of music does.

Latest release if from composer Tilman Robinson – Network of LInes. Performances received critical acclaim and the album has garnered a swag of compliments as well.

Inspired by the iconic 1979 novel “If On a Winter’s Night a Traveller” by Italo Calvino, the debut album from Robinson has been described as a ‘most moving and extraordinary experience’. Composed in 2012 for the APRA Melbourne Jazz Fringe Festival composer commission, the work sonically responds to the themes and spirit of this postmodern classic, giving musical life to Calvino’s masterpiece. Avoiding the literal and tokenistic, Robinson subtly transforms Calvino’s work, creating something truly unique. Calvino’s words pass through Robinson’s musical prism creating an aural narrative that, while in debt to its muse, carves out its own identity.

Recorded with a cast of some of Australia’s most outstanding musicians the album was digitally released on December 31, 2013.

"…a truly beautiful balance of evocation and surprise, all spoken with a very human voice." John Hardaker – australianjazz.net

"The music knows few if any borders … a multi-coloured and exploratory mosaic." Ron Schepper – textura.org

"…a mesmerizing web of instrumental textures. At times I felt elated; at others, close to tears. 4.5/5" Jessica Nicholas – The Age [Melbourne]

"…joyfully creative, a network that, in its immense variety and vibrancy, feels utterly and magnificently full of life." David Murrieta – a closer listen

Tilman Robinson is a composer, arranger, trombonist and sound artist, working across a range of styles including jazz, classical, experimental and popular music. He has performed (and premiered) a diverse range of works at numerous venues, both national and internationally.

Other Albums released on this label include

Callum G’Froerer, Melbourne based trumpet player, active in both improvised and notated settings. Whilst in his home town of Perth, Western Australia, he was a core member of the Mace Francis Orchestra, the Johannes Luebbers Dectet and Ecila, as well as performing regularly with various West Australian orchestras. Since completing his tertiary studies G'Froerer has performed in the USA, Italy, Germany and Singapore and has performed the music of Karlheinz Stockhausen, Liza Lim, James Ledger and Lindsay Vickery.

Steve Newcomb Orchestra, an Australian pianist, composer, arranger who is completing doctoral study at the Manhattan School of Music in composition, with Jim McNeely (Vanguard Jazz Orchestra). He is in demand for commission work as a composer, and has written for a wide array of musical artists, from Ben Folds, Ben Lee and The Panics in the pop world, to the Australian Chamber Orchestra, Sydney Symphony and Adelaide Symphony Orchestras in the classical world. His has collaborated with Australian vocalist Katie Noonan on many projects

Gian Slater + Invenio, singer/composer, Gian Slater in 2010, Invenio is large ensemble of improvising and contemporary singers who experiment and extend upon the typical vocal group or choral environment through conceptual composition, extended vocal technique, fluid improvising, choreographed movement and inventive performance. Their debut CD, Gone, without saying, was comissioned by the Melbourne Fringe Jazz Festival, is a remarkable large-ensemble work.

Kynan Tan, composer/musician/sound-artist, Kynan Tan joins Listen/Hear Collective with Raetina, a solo electronic work that weaves together glitchy beats and spectral textures. Currently based in Berlin, Kynan is a sound artist who creates installation, performances and recorded works that investigate the use of digital technology in creating immersive and temporal audio-visual environments. His live performance works are based on scored and improvised instrumental parts and real-time manipulation with the computer software Max/MSP, the latest shows featuring vocals, computer generated sound and guitar processed into dense, shifting spectralist textures. Having already with Motion on the Motion Remixed project, Listen/Hear Collective are excited to present Kynan's solo work, Raetina.