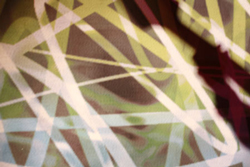 A couple of pieces that intersect.One being about the future of jazz in New York and the other about Australian jazz artists and their growing numbers in New York city.   The first article is by
Matthew Kassel from the NY Observer and the second is a piece from John McBeath writing for the Australian.

"NEW York, world jazz headquarters for more than a century, has never had so many Australian jazz artists based there – about 60 of them at last count, although life can be less than a bowl of cherries in the Big Apple.
Why so many and why now? Part of the answer lies in the burgeoning numbers of graduates from jazz studies courses at Australian universities, resulting in some students seeking to further their studies in NY. While many of them are there to extend and improve their abilities, they demonstrate to some of the world’s best the high level of musicianship that exists in Australia, so distant from the epicentre of jazz…"

There is a paywall on the Australian, however if you access the site through google it is possible to read the full article