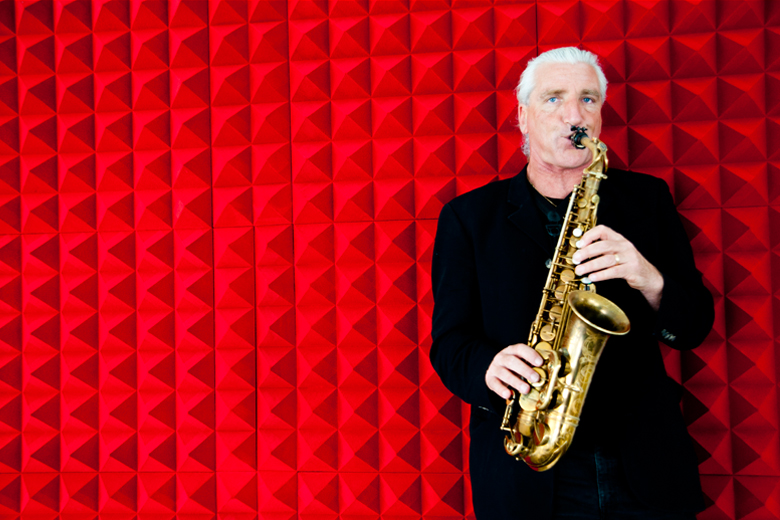 A Life in a Day, Dave Ades, review by John McBeath

It’s hard to imagine a more poignant recording than this final album from British-born, Australian saxophone giant David Ades (5/10/61 – 8/11/13) even before the outstanding compositions and musicianship are experienced.

Against medical advice and suffering a terminal condition Ades flew to New York in August, 2013 to record one last album with the same US personnel from his 2012 album, A Glorious Uncertainty.

Ades’s sister Ruth records that he composed tunes for the album every afternoon, overcoming terrible pain: ‘. . . for David, a churning, insuperable will to create music always trumped reason .’ The album was recorded in one five hour session on September 18th 2013.

Due to the background of this album and its sheer musical force it’s impossible not to be profoundly moved by it.

Thanks are due to Melbourne saxophonist Julien Wilson who played a central role in packaging and releasing the album on his own label.

The opener Slow Song features a cadenza of Ades’s alto sax with just Mark Helias’s bass and Gerald Cleaver’s brushwork as the alto soars and leaps for over three minutes before Tony Malaby’s tenor joins in for the two horns to drawl a seductively lazy theme.

A brighter tempo pervades Removab with the two saxes interweaving powerfully, while Arco and Alto, true to its title begins with just bowed bass and alto, out of tempo in a mysterioso duet, moving into a rhythmic section with plucked bass, eventually joined by the tenor.

This might well qualify as the jazz album of the year.