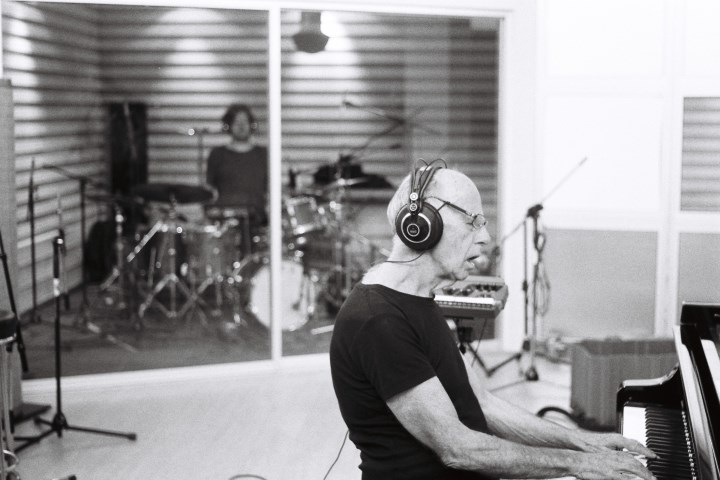 Beginning and End of Knowing, review by John McBeath

The well-established duo of Mike Nock on piano and drummer Laurence Pike released their first album, Kindred in 2012. Their latest from late 2015 is recorded at a very high level of fidelity at the famous Rainbow Studio in Oslo, Norway and produced by Pike.

Nock says the studio’s attention to detail was detailed and comprehensive: Pike played a drum set donated by Jack de Johnette and Nock’s grand piano had been completely dismantled and overhauled for the sessions.

The twelve tracks were totally improvised without any prior arrangement or even discussion: the two players sat at their instruments and began playing. Probably the best way to listen to the collection is to do the same, starting with the opening title track and letting the sequence unfold. The sound quality of Pike’s drum intro is astonishing, and no less is the piano when it arrives in a wandering abstract passage. Surprising also is the degree of empathy and musical understanding between these two players.

Track two, Cloudless begins with a series of stately piano chords as drums remain silent until just bass drum and cymbal start to add profundity to the atmosphere. Each of these pieces has its own character and meaning until the finale In Closing achieves a sumptuous and elegant conclusion.

There are aspects of jazz, classical, and musical narrative throughout this impressive and impromptu collection where the drumkit is not often used rhythmically, but adds colour and punctuation to the piano’s ceaseless invention.

This article was originally published in the Australian