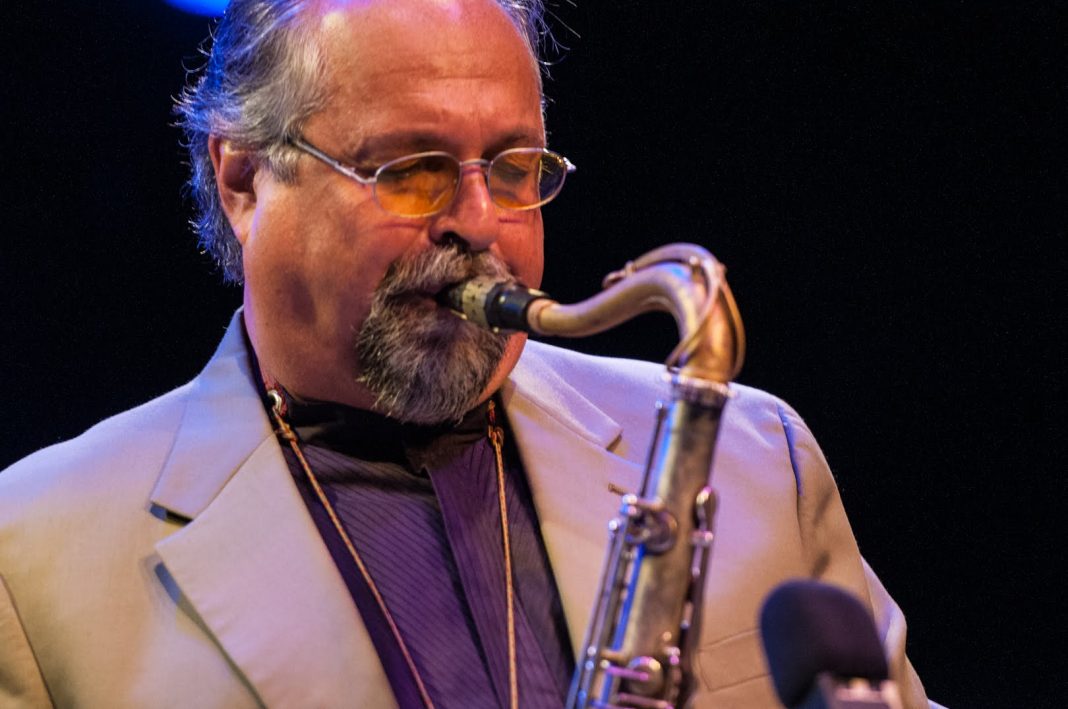 This is another outstanding offering from the Joe Lovano Quartet featuring the late, great Hank Jones. Jones passed away at the ripe young age of ninety-one in 2010, five years after this album was recorded at the Newport Jazz Festival in 2005. What we’re left with is another collaboration between he and Lovano that gave us the Blue Note albums I’m All for You , the title track of which finds its way into this live set, and the now almost iconic Joyous Encounter , plus the duo outing  Kids: Live at Dizzy’s Club.

Drummer Lewis Nash replaces Paul Motian in the quartet’s previous line up on this album accompanying them in a different way to his predecessors’ sonic landscaping. He is more at home driving hard and the other band members seem to thrive on it. Technically this is a classic jazz quartet in every sense of the term. It is blessed with the inclusion of Hank Jones – one of the modern jazz geniuses of all time. His playing emanates imagination and inspiration in all his solos so full of love and musical poetry.

The Brazilian influenced Don’t Ever Leave Me has some outstanding input from all players and Oliver Nelson’s Six And Four allows Lovano to get raunchy and raucous on the tenor,Hank Jones to spiral skilfully across the keys,Lewis Nash to pulsate and throb on percussion and George Mraz’s bass to just keep on walking, culminating the albums mission – that being the perfect jazz for a summer’s day – not just in Newport.