Formed originally in 1985, the Paul Grabowsky Trio(Paul Grabowsky – Piano; Philip Rex – Double Bass; Niko Schauble – Drums) is one of Australia’s most original and successful jazz groups. PG3 plays innovative and demanding original compositions by Paul Grabowsky and his arrangements of standards and classics from the jazz repertoire.

In 1988 the PG3’s debut recording, Six by Three (Spiral Scratch), was released. Six by Three went on to win an ARIA for Jazz Album of the Year 1989. The trio’s second album, When Words Fail (Origin) also won an ARIA award in 1996. Three (Origin) was released in 2000 and in 2004, PG3 released Big Adventure (ABC Classics) – both albums have received much critical acclaim.

The Paul Grabowsky Trio regularly tours nationally appearing in major jazz venues and festivals and has just returned from Mexico City in April 2005.

PRESS
As fine as anything recorded anywhere… Grabowsky is a vital musical presence in this country. Empathy does not really come close to describing the rapport…As rich and sharp as a Boyd painting… This trio must be in love with one another. James Valentine (Rolling Stone)

The music is appropriately lustrous, Grabowsky is an outstanding pianist, as inventive as he is eloquent. Without doubt this is one of the best Australian jazz recordings…
Adrian Jackson (Business Review Weekly)

When Grabowsky makes a trio recording of his own, it is full of commitment and integrity. This is a piano trio that can be played beside those of Bill Evans and Paul Bley…
Gail Brennan (Sydney Morning Herald)

Giving thanks for this magic album.
Michael Foster (Canberra Times) 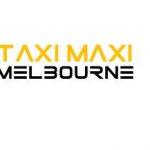