Mace is a big band junky, graduating with honours from WAAPA – Bachelor in Music (Jazz Composition and Arranging). In 2004 he was awarded the APRA Professional Development Award for jazz composition which allowed him to travel to Vienna to study with composers – Ed Partyka and Bob Brokkmeyer.

Since 2004 Mace’s main musical outlet has been his 14-piece group Mace Francis Orchestra (MF)) and the hounds – a 7-piece modern trad swing group.

MFO have released 3 CDs of original music and the hounds have just released a live limited edition CD recorded at the Perth Jazz Society.

In 2008 Mace has become the Musical Director of the WA Youth Jazz Orchestra (WAYJO) and has begun lecturing arranging and composition at the WA Academy of Performing Arts (WAAPA).

Now based in Perth, Western Australia, Jamie was the winner of the 2003 White Foundation World Saxophone Competition, was named Australian Jazz Musician of the Year at the 2007 Bell Awards, as well as winning the Best Jazz Release category and is now coordinator of Jazz Studies at the Western Australian Academy of Performing Arts.

He has performed with leading international jazz artists in the United States, Asia, India, UK, Europe, New Zealand and throughout Australia and frequently performs at jazz clubs and festivals throughout the world. 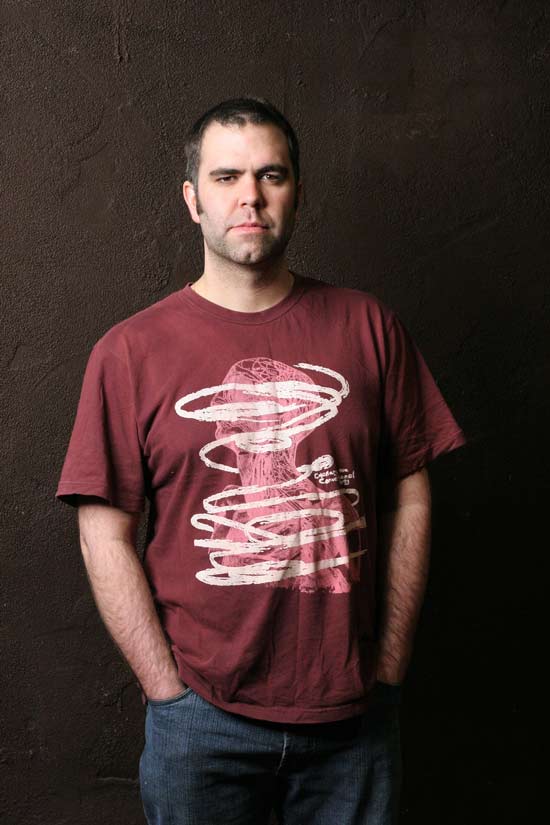 Tom O’Halloran leads his own original jazz piano trio outfit and conducts orchestras from time to time, composes new classical music, plays wild old analogue synthesizers and even rock guitar. Most recently he has played with acclaimed bassist Robert Hurst (USA), was nominated for a 2012 APRA Australian Art Music award and was a finalist in the 2011 Freedman Foundation Jazz Fellowship – where he was featured at the Sydney Opera House.

His overseas performances have included the Houston International Jazz Festival, the IAJE festival in New York, Villa Celimontana in Italy, Dubai, UAE where he played with the Dubai Philharmonic Orchestra, and club dates in New Zealand. Tom has two jazz trio records to his name, released through the Sydney based Jazzgroove Records label. His latest album We Happy Few won the 2009 Australian Broadcasting Corporation (ABC) Limelight Magazine award for best jazz achievement.

Tom regularly tours Australia with his original jazz trio comprised of Peter Jeavons (double bass) and Daniel Susnjar (drums). Together they have played large venues like the Sydney Opera House and The Promethean Theatre (Adelaide), and also the best jazz clubs in the country – including 505 and The Basement (Sydney), Bennett’s Lane and Paris Cat (Melbourne), and The Ellington Jazz Club (Perth).

At the end of 2011 he performed a two piano duo concert with Graham Wood – complete with two Fazioli grand pianos – at the stunning Government House, Perth. He was also commissioned to compose for the event. The resulting piece was Dissolve, for two pianos, and further explores his ideas of interruption and chromatic saturation, synthesised with jazz interaction and improvisation.

He is part of the exciting new Perth group Memory of Elements, and contributes compositions alongside Jamie Oehlers (saxophone), Carl Mackey (saxophone), Simon Jeans (guitar), Pete Jeavons (bass) and Ben Vanderwal (drums). They performed at the 2011 Wangaratta Jazz Festival, completed a national tour, and have released a self titled album on the Jazzhead label. When living in Sydney, Tom formed the new band Soundgun, comprised of Jonathan Zwartz (double-bass) and Evan Mannell (drums). They also debuted the group at the Wangaratta Jazz Festival in 2008, and have recorded for ABC Jazz Radio.

Tom has also been playing in an unusaul trio with Lucky Oceans (pedal- steel guitar) and Ben Vanderwal (drums) where he plays acoustic instruments and analouge synthesizers. A recording is to be released shortly.

Tom O’Halloran leads the Jazz Piano department at the Western Australian Academy of Performing Arts (WAAPA) at Edith Cowan University, and also lectures in jazz composition and improvisation. He is a regularly commissioned composer, and currently holds a Master of Music in classical composition from the Sydney Conservatorium of Music and a Bachelor of Music (Jazz Performance) from WAAPA.