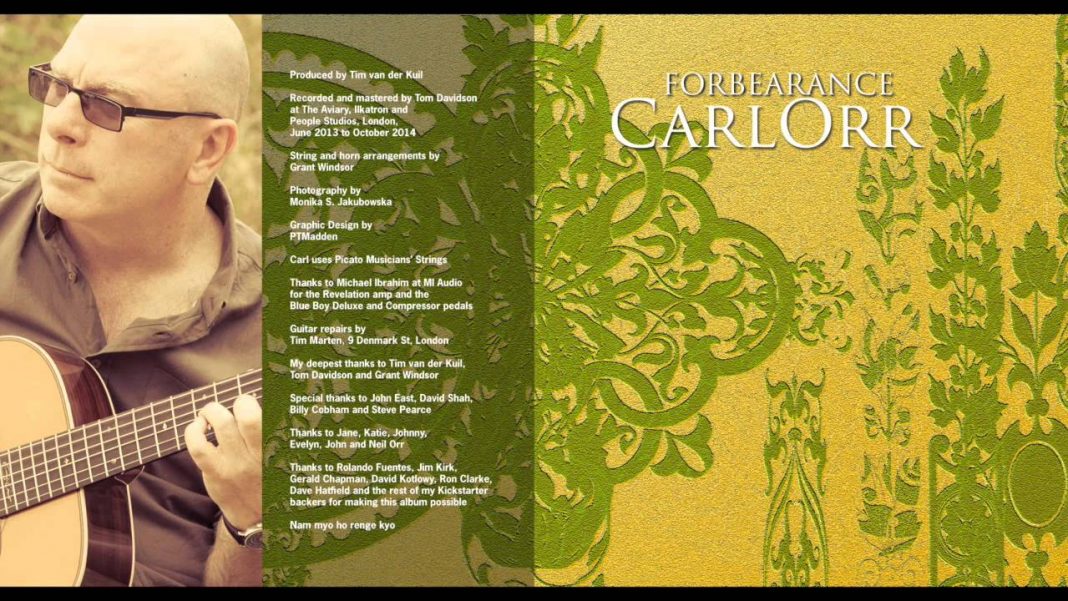 Ex-pat Australian guitarist/composer Carl Orr has been London-based since the nineties where he’s appeared with some very impressive names: Billy Cobham, Randy Brecker, Ernie Watts, and many others.

Orr has often been an exponent of jazz fusion using heavy guitar distortion, but this, his eighth album, is a soft and melodic world away from that genre. The guitarist speaks of this music as his contribution towards creating a peaceful, harmonious world.

His acoustic guitar is beautifully recorded in this London production, with a host of sidemen over eleven tracks, nine of which are originals.

The opener and title track is a perfect introduction to the collection with Orr’s solo classical guitar and added glockenspiel delivering a semi-classical sounding piece of deeply calming ambience, beautifully played.

Although lyric-less, the title People Need Healthcare, Not Guns conveys Orr’s social conscience, and as with many of these pieces Ironbridge with guitar and string quartet has a decidedly folk feel conveyed in a softly melodic way.

This unassuming and peaceful collection goes a long way towards achieving Orr’s stated aim ‘to make the listener feel calm, optimistic and invigorated.’ Although it utilises some jazz features the album is really more of a soothing, mood-inspired portfolio of quiescent classical/folk, an ideal accompaniment for an afternoon of relaxed daydreaming.