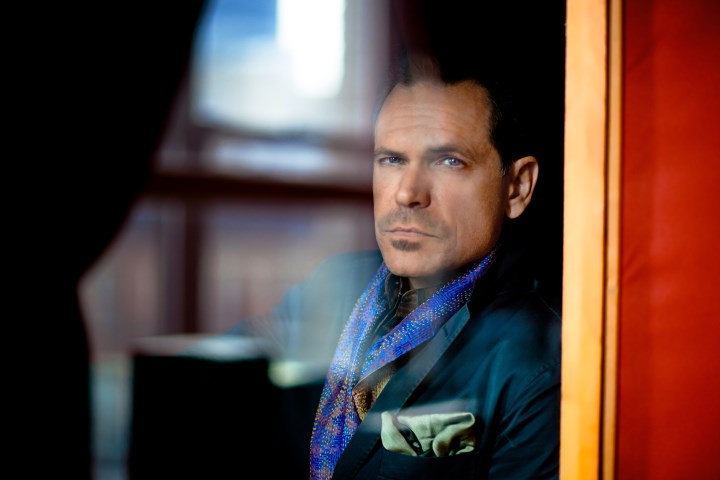 “Live the questions now. Perhaps you will gradually without noticing it, live the answer.”

Since the mid-1990s, no singer in jazz has been as daring, dynamic or interesting as Kurt Elling. He has come to embody the creative spirit in jazz. – The Washington Post

From his exploration of Beat poet Allen Ginsberg’s work in 1998, to MC at a jazz-oriented “Fundraiser for Change” in 2004, to performing at the White House for the Obama’s in 2016, jazz great Kurt Elling has always been aligned with the moral sentiments of the times. His latest album “Questions” continues that focus.

The sleeve to the CD quotes from Rainer Maria Rilke’s Letter to a Young Poet: “Live the questions now. Perhaps you will gradually without noticing it, live the answer.”

Elling says: “My intention with this album? I’m not a protest singer, although there’s plenty to protest about, I don’t write in anger, although there’s plenty to be angry about. My intent is to ask questions and put my shoulder to wheel, questions about politics, questions of life and death, love and loss and how we are to live the best possible way. I hope to provide an antidote for people who face the same challenges as me.

“We’re here to play great melodies and express authentic emotion – to be the real deal as much as we can,” he says.

The 10-track list on his new album includes a slow, ponderous, insistent version of Dylan’s “A Hard Rain’s A-Gonna Fall” with standout performance from the album’s co-producer, saxophonist Branford Marsalis, then follows up with a more assuring “A Happy Thought”, a poem by American poet Franz Wright set to music by Elling’s collaborator, pianist Stu Mindeman.

Paul Simon’s “American Tune” is Elling’s antidote to the rise in his country’s anti-immigration sentiment – he has said that it “reminds us of the humanity within those who have been threatened with deportation and exclusion, the fragile nature of our democracy, and the humane and generous principles upon which our nation was founded.”

Further tracks include Peter Gabriel’s “Washing of the Water”, Rodgers and Hammerstein’s “I have Dreamed” (from the King and I) and Hoagy Carmichael and Jonny Mercer’s “Skylark”.
Elling is touring with Stu Mindeman (piano and organ), John Mclean (guitar), Clark Sommers (bass) and Christian Euman (drums).