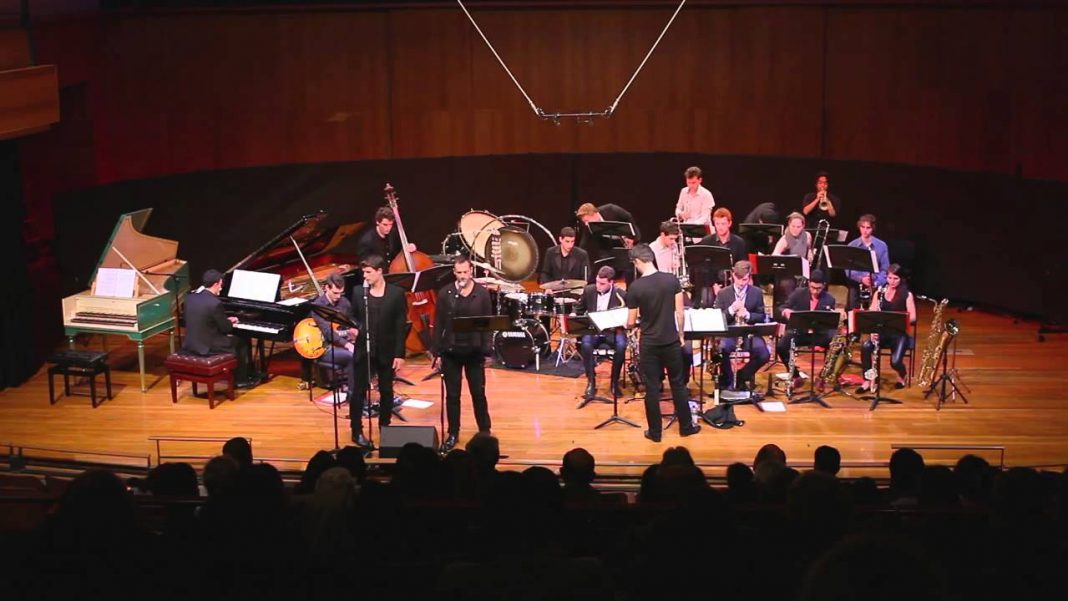 Iron in the Blood by Jeremy Rose, review by John McBeath

This is an extensive work of broad musical, historical and narrative scope. It’s a musical adaptation of Robert Hughes’s iconic Australian historical work The Fatal Shore 1986, complete with narration by Philip Quast and William Zappa.

Composer, conductor and saxophonist Jeremy Rose has orchestrated jazz-based music as exposition and ambience for this enormous work, assisted by funding from The Australia Council for Arts, performed by Rose and the eighteen piece orchestra.

As the cover notes by Paul Grabowsky state: Rose’s music ‘deftly summons up the provenance of the new arrivals (to Australia) with reference to folksong, fife and drum marches and a hint of the eighteenth century drawing room.’

Australia’s early history is expertly portrayed in eleven tracks of a unique blend of narrative documentary and jazz composition. From the first fleet’s arrival in 1788 through until Hughes’s words of summation, this documentary holds the attention on both musical and descriptive levels.

The music enlivens and dramatises the narrative, that at times is fearful and cruel, is occasionally uplifting, but the orchestrations always add depictions and dramatic illustration to this absorbing documentary.