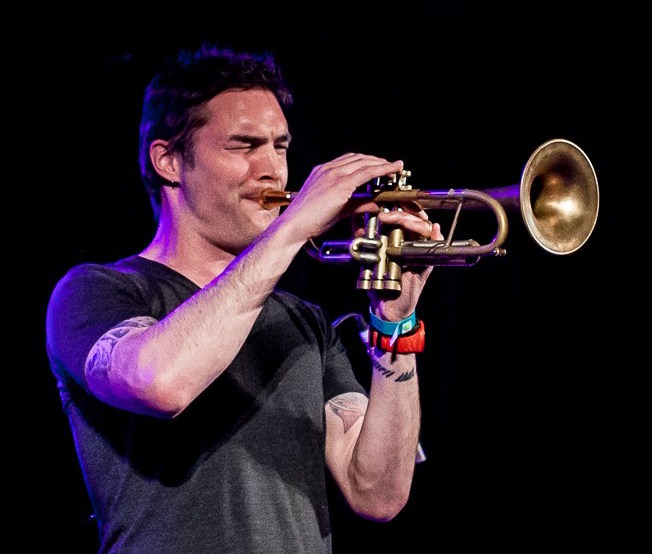 In Melbourne trumpeter Paul Williamson’s tenth release as a leader, he fronts a live session at the Uptown Jazz Cafe for a collection of jazz standards. A familiar name in the Australian jazz community, Williamson has also performed with international artists in the US, Europe and Asia, while based fotwo years in Dublin. He’s currently Jazz and Honours co-ordinator at the Sir Zelman Cowen School of Music, Monash University.

Most of these tracks will be familiar to jazz fans with pieces by Monk, Parker, Wayne Shorter and others, but they’re all interpreted in a fresh and original way. Gus Kahn’s You Stepped out of a Dream is taken at a slightly faster clip than it’s often played, opening with Williamson’s vigorous solo after a piano intro by Joe O’Connor, winner of the 2013 Wangaratta National Jazz Award, and a Bell Award in 2014. Bassist Marty Holoubek and drummer Danny Fisher form an adept duo holding the substructure firmly together, and both Holoubek and O’Connor deliver enlivened solos on the Kahn piece.

In the opener, Monk’s I Mean You, Williamson’s trumpet soars effortlessly into the high upper register especially in exchanges with Fisher’s energetic drum work, and O’Connor’s piano provides a swinging interlude.

Each of these accomplished players make important contributions, as well as combining thoughtfully. The difficulties of perfectly recording drum kits live are sometimes evident here, but overall the mastery and invention of the players surmounts.