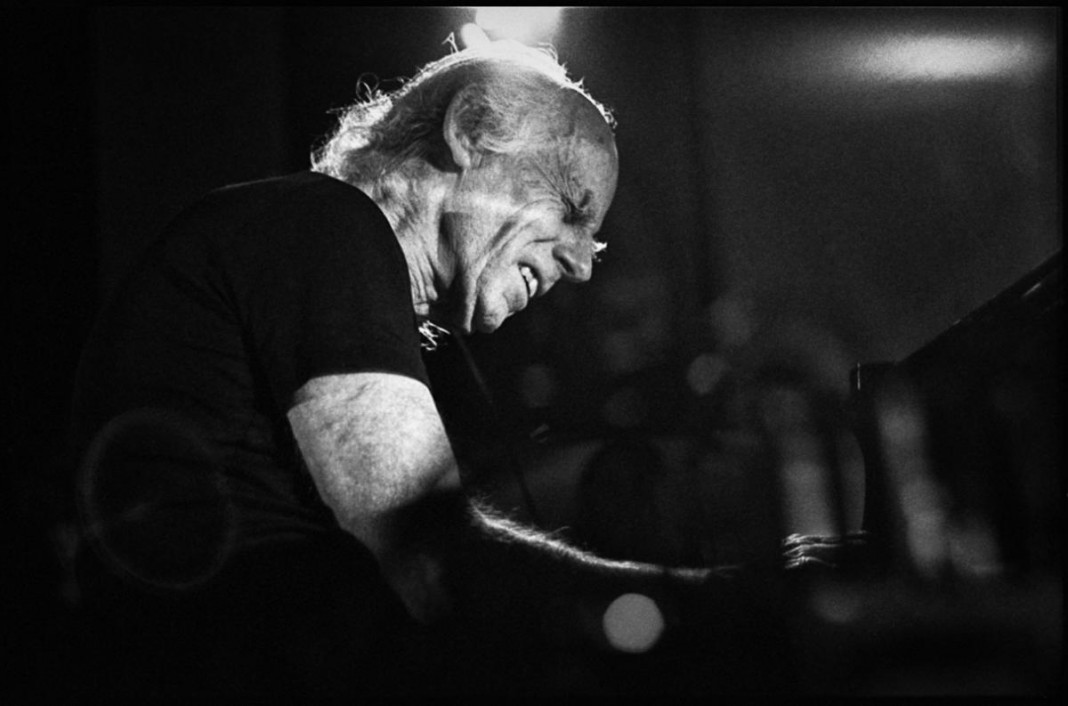 The recent accident that saw Australian pianist Mike Nock hit by a car while crossing at pedestrian lights brought together Australia’s jazz community for a fundraiser organised by Mike’s long-time drummer James Waples.

The bill featured many of Australia’s great players and reminded us of the contribution that Mike has made to Australian and New Zealand jazz and the impact his music has had on artists and audiences alike. Honored and energized by the success of the evening, Mike continues his recovery and we hope to see him back on the stage soon.

Mike Nock’s career has spanned a broad range of contemporary musical styles and he is widely recognised as an important voice in Australian modern music.

A prolific composer and recording artist born in Christchurch in 1940, Mike’s life in music spans some 60 years from his early time in New Zealand to playing jazz on the world stage. As a pianist, composer, educator, and bandleader, Mike has made a huge impact on the Australian jazz scene over the past three decades, an outstanding contribution acknowledged by his receipt of the prestigious Don Banks Award in 2014.

“What I love to do is improvise,” says Mike. “I allow myself to be in the moment musically. The whole thing about jazz is spontaneity. To me, that’s very important. You can spend hours and hours rehearsing, practicing.

Mike began playing the piano under the tuition of his father from the age of eleven after hearing Charlie Parker playing on the radio in New Zealand on the recording “Live at Massey Hall.”

“Something in his music really spoke to me. I was hooked,” Nock says.

After leaving school as soon as legally permissible, Nock befriended a group of musicians from Nelson, New Zealand and began performing jazz and dance music. By the age of 18, he had arrived in Sydney and was soon embedded in the local scene. His group, The 3-Out Trio with bassist Freddie Logan and drummer Chris Karan, became one of the most popular jazz groups in Sydney. They played four nights a week in Kings Cross at the jazz club El Rocco and recorded Move for EMI’s Columbia label in 1960. The album sold like hotcakes.

While Nock was grateful for the opportunities to perform and the financial benefits of the group’s high profile he was also aware that such local acclaim was a trap that might entice him to stay in Australia. His plan had always been to get to the United States where he had applied for a scholarship to Berklee School of Music in Boston. After hearing that he had been awarded the scholarship to the prestigious music school Nock and the 3-Out Trio set sail for the UK where the band spent a few months performing before Nock travelled on alone to Boston to study.

Nock quickly established himself on the local scene there where he played with many jazz luminaries including Coleman Hawkins, Zoot Sims, and Buck Clayton. Some of his most formative experiences during the 1960s included playing with multi-instrumentalist Yusef Lateef. Appearances on Lateef’s recordings during that period propelled Nock to national exposure.

Despite good opportunities, making a living as a jazz musician on the East Coast of the USA during the 1960s was challenging. After relocating to the West Coast Nock formed a new band with violinist Michael White called The Fourth Way, which included drummer Eddie Marshall and bassist Ron McClure. Although relatively short-lived as a group it has been celebrated as one of the first fusion groups, mixing jazz with rock music and playing amplified instruments.

Nock recalled: “Life was pretty intense; you had no money, you had very little to eat and you were getting paid very little for jobs. The pressures were there but you didn’t care. You loved it, you played, and that’s all you cared about – playing.”

A high point during this period was performing as the opening act for The Miles  Davis Quintet. The Fourth Way was on fire that night and Davis found himself upstaged by the young San Francisco group.

Returning to New  York in the mid-seventies Nock frequently performed and recorded as a leader. A high-water mark from this period was Nock’s trio record Ondas. Including bassist Eddie Gomez and drummer Jon Christensen, and recorded in just two hours, the album was released by the ECM record label. A beautiful record, with pristine sound and austere performances, Nock has said, “I am amazed at just how good it is.”

Returning to Australia in the mid-1980s, Nock has settled in Sydney where he has enjoyed an extensive teaching career at the Sydney Conservatorium from which he has recently retired. His biography “Serious Fun – The Life and Music of Mike Nock” captures some of his illustrious career moments.

Nock now balances a full life with his wife Yuri incorporating music composing, regularly touring and plenty of new recordings. Compositionally the last thirty years have been very rich and have included works for jazz groups, as well as writing for big bands and a variety of chamber group pieces. Nock has also written a great deal of fully notated music for solo piano that has has been recorded individually by Australian virtuosi Michael Kieran Harvey and Simon Tedeschi.

Purchase a copy of Serious Fun, The Life and Music of Mike Nock