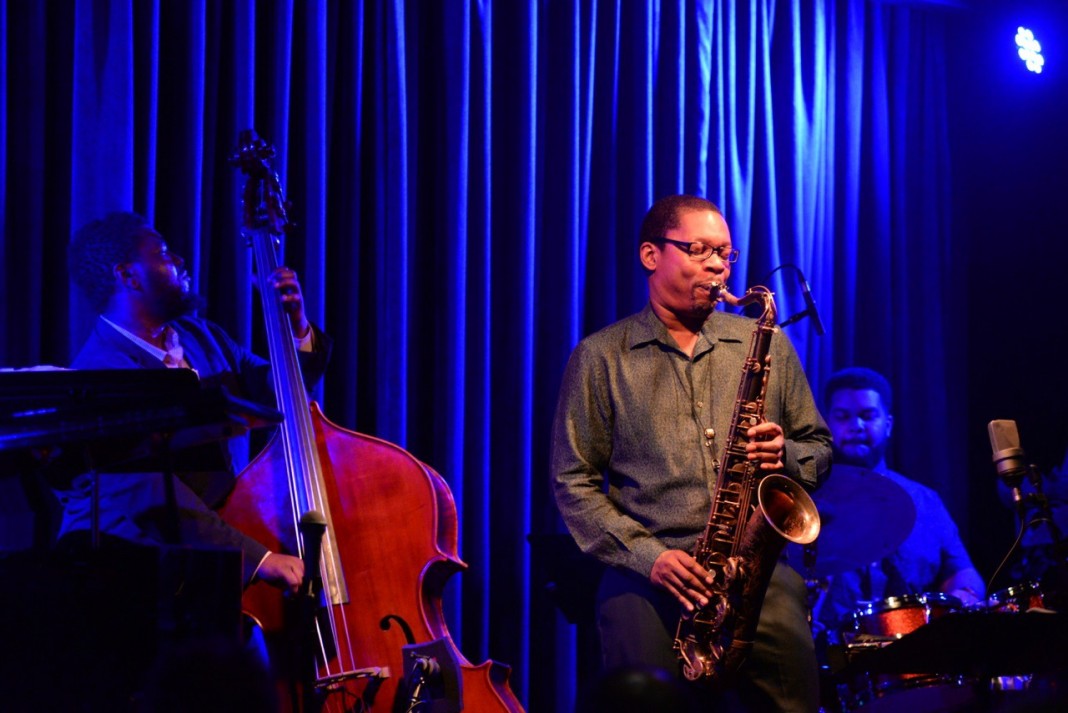 Ravi Coltrane gets newest jazz mecca off to a classy start

Jazz venues in Melbourne appear to be going through a re-shuffle: the long-established Bennett’s Lane held a closing down session then re-opened with a makeover under a new owner.

That club’s previous owner is working on a new jazz venue in the Brunswick area, and the smallish Uptown Jazz Cafe runs regular jazz sessions as does Dizzy’s in Richmond. But none of the existing venues can compare with the style and opulence of Bird’s Basement, which opened this week.

Devoted to jazz, Bird’s Basement has table seating for 200 and is designed to provide excellent acoustics and line of sight from every seat. Meals are prepared by Italian chef Gigi Buono.

It is literally a basement, in Singers Lane off Latrobe Street. The theme is a soft darkish blue with a reflective glass ceiling high enough to dispel any feeling of being below ground. It’s all down to the vision and financial backing of Melbourne developer and jazz enthusiast, Albert Dadon.

At the launch party on Monday night, Dadon introduced Gianni Valenti, proprietor of New York’s famous Birdland venue, with whom it will exchange artists. “This city now has a permanent jazz festival,” said Dadon, who later took the stage to lead his fusion quartet Urban Grooves Project on guitar. His group will appear at the venue every Sunday.

On Tuesday, the venue opened its doors to the public with a top jazz name from New York: Ravi Coltrane, whose quartet will be running nightly through until March 6.

There were a few predictable first night hitches in the kitchen, but this was overcome by the proprietor’s announcement that all dishes would be free of charge and also the compelling quality of Coltrane’s music.

Coltrane walks his own musical path with no hint of emulating his groundbreaking father, John, or mother Alice. Nor is there any need, since Ravi — so named for his father’s admiration of Indian sitarist Ravi Shankar — is uniquely talented in his own right.

They opened with Coltrane’s quick flurry of tenor sax notes in Ornette Coleman’s Bird Food, smartly punctuated by drummer Kush Abadey, before the theme was picked up, repeated and expanded by pianist Glenn Zaleski, all strongly underpinned by bassist Dezron Douglas.

A standout was the group’s arrangement of the Thelonius Monk standard Epistrophy. The quartet took the original theme and turned it inside out, driving the piece with powerful climactic tension amid a torrent of percussive invention, sustained ingenuity by Coltrane and a dazzling bass solo.

Article first published in the Australian