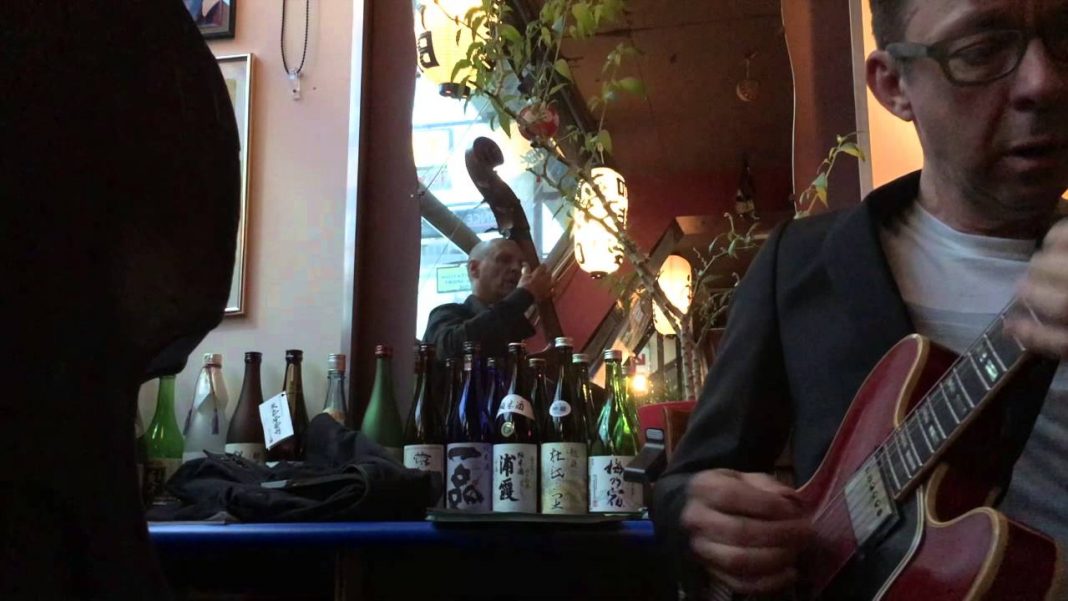 Guitarist Tim Rollinson’s approach – that of taste, space and minimum waste – is one of the joys of anything he puts out into the world: whether it be the Acid-House of D.I.G. (Directions in Groove) or, more recently, the exquisitely urban-nocturnal Modern Congress, or all points between.

Rollinson’s new album – Nitty Gritty – keeps that chill ethos to the fore across ten tracks that conjure old-school/nu-school grooves paying homage to all that is  chilled and tasty. Along for the ride is probably the best band in current Australian jazz that you could dream-team for a project like this: Shannon Stitt on keys (an integral foil on Hammond and Rhodes), Alex Hewetson on Fender bass (as they used to say in the 70s where much of this music lives) and drummer Nic Cecire (who can do anything, but does this oh-so-well).

Slinky album opener ‘Handful of Clay’ starts bluesy but slow-burns through to a sharply grinding coda – a very live sounding crescendo. The live vibe here is all across Nitty Gritty – in common with the blues and the best jazz, an album such as this dries up and dies on the vine if that in-the-moment feeling is not captured.
‘Gravity Waves’ has Rollinson bringing to mind the loose-wristed lines of Cornell Dupree over a relaxed funky bed (any reference I make to other artists from here on in is only for flavour – Rollinson is always Rollinson, without doubt).

‘Criss Cross’ is reminiscent of The Crusaders’ more trippy moments with Stitt sampling Joe Sample’s soul in his beautifully shaped solo (the above referential disclaimer goes for Shannon Stitt as well). His sneaky electronics across the Skatalite-like title track, ‘Nitty Gritty’ bring the project up to date, as equally on the deep-cubby band-collaboration ‘Truce’ (which Rollinson counters with the country-clear steel of six-string banjo). His Headhunters’ Rhodes makes the tough funk of ‘Hullaboogaloo’ totally Herbie-aceous.

Nice to see the blues here too. ‘Slow Motion’ has a beautiful singing single-pole solo, with the jazz-guitarist in Rollinson keeping the bends to a minimum while still saying everything he needs to say. Album closer, the moody minor mood ‘Snake Oil’, has a much blues as bop in Rollinson’s fluid solo – his vocabulary holds them all quite easily.

Nitty Gritty calls to mind John Scofield’s enormously successful Scofield Au Go Go of a few years back and in many ways comes from the same place: a love of groove and the improvisational ideas which flower from the deep earth of funk. Tim Rollinson’s album is subtler and, in my opinion, wider in scope and colour than Sco and Co.’s boogaloo-fest.

I suggest, as a recent Nobel Prize winner said many years ago, that you dig its earth.