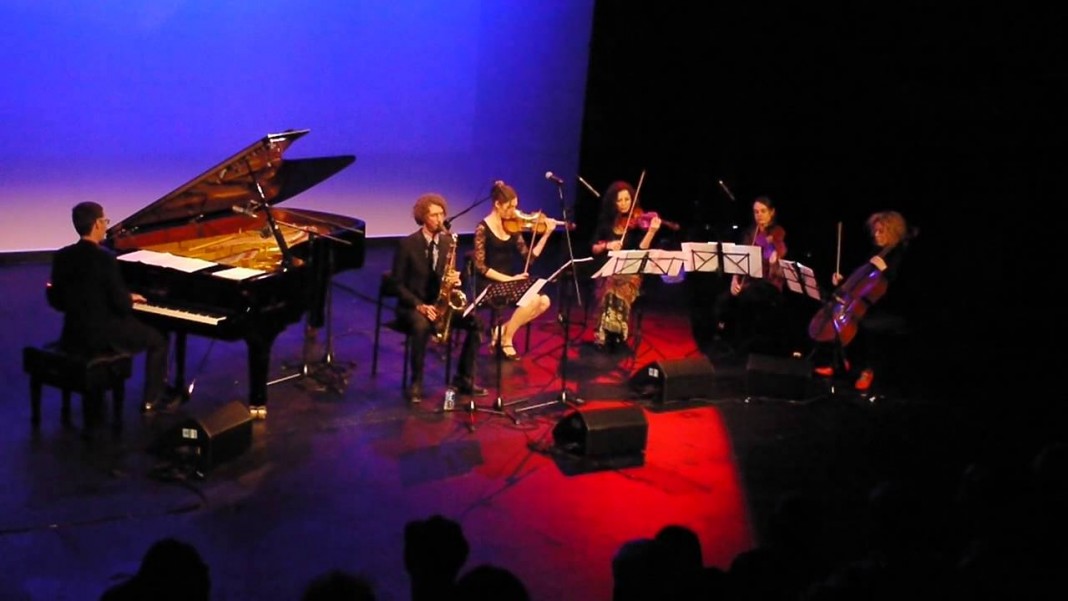 Album: The Sweetness of Things Half Remembered

This unusual album is a Brisbane production, recorded at the University of Queensland, featuring the music of saxophonist Rafael Karlen. It’s a blend of elements of jazz and contemporary classical music: what used to be called ‘crossover’. In addition to Karlen’s tenor sax the group includes his long-term pianist Steve Newcomb plus the Rosenberg String Quartet. Much of the material here was composed as part of Karlen’s Masters Degree at the University of York, England. The mood throughout is languid and contemplative with the classical aspects dominant. Strictly it’s not a ‘jazz’ album, more a Western art music collection.

The opener If Not Now, When? begins with a delicate cello ostinato, soon joined by the other strings in a gentle, rolling theme, smoothing an entrance for Karlen’s tenor sax as the piano adds embellishments. It’s difficult to ascertain how much of these pieces is composed and which passages are improvised, but a good deal of the tenor sax solo in the opener could well be improvised, albeit along classical rather than jazz lines.

Bounces Nicely certainly does that: after a pizzicato intro the tenor springs in with a solo that’s an impressive mix of classical phrases with muted jazz references. The title track portrays its theme very sensitively with the tenor floating over piano and strings in a nostalgic mix of romance and memory.

The playing in this collection is of a very high standard and the arrangements achieve Karlen’s stated aims of contrast, coherence and interest. This is perfect music for a quietly lethargic and introspective Sunday afternoon.