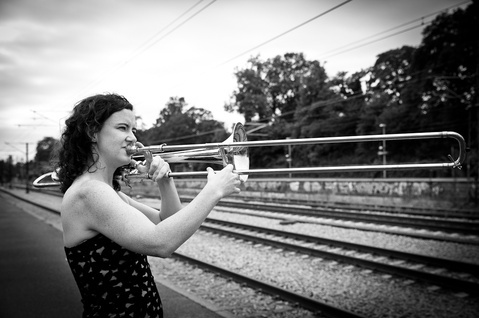 “Nobody asked, but here is my two cents worth on the latest discussions (particularly in Australia) about women in the music industry. Yes, there are problems. They have been there for a long time. They are societal, they are entrenched but they are also sometimes quite obvious.” S Barnett

They have affected me and many other women that I know. There are also many men who champion women in the industry (for the right reasons). I have benefited from that and so have many other women.

I would like things to change; in fact I think they already are. We are developing as a society, but we have a long way to go. I understand that a lot of women are angry, I’m just not sure that bringing to light the opinions of individuals and attacking them to use as an example is the right way to go about it. Perhaps instead sharing stories and experiences and communicating how awful we have felt in those situations is a better approach? Men often feel like we’re attacking them and often they don’t know why. That’s totally legitimate. If they knew why, I think a lot of them would rethink their actions.

– I was told when I was 16 that I would have to be better than all of my male counterparts, otherwise I would never be booked for a gig.
– I’ve had a male musician that I admire say behind my back that if I got into the final of a particular competition, it would be a step back for female musicians.
– I still get hit on in the workplace but then also mocked by colleagues for being hit on and shown (unwanted) attention by other musicians, as if they are jealous of the attention (?)
– At 18 I was ‘groomed’ by an older musician but I kept doing the gigs because I wanted to play and I didn’t know what else to do about it. None of the men in the band even investigated the situation/asked me if I was ok, even though they knew the guy was in trouble for treating schoolgirls inappropriately. I got a call from a detective when I was 27 because they were pressing charges against this guy, but none of my testimony counted, because I was of legal age at the time.
– I’ve been late to an on-stage rehearsal for a TV show because it takes the makeup department three times as long to put crap all over my face and do my hair than it does for the male musicians in the band
– I used to ‘dress down’ and try to match the drinking prowess of my male counterparts as an attempt to stand out less in bands and be taken more seriously
– I didn’t start singing on gigs until I was about 28 even though I absolutely love it, because it was clear if I was also singing in the jazz scene, that I wouldn’t be taken seriously as an instrumentalist

That’s just the very tip of the iceberg. You should hear the stories I’ve heard from other female musicians. Anyway, yeah I’m angry too! And I’m sure men have to go through awful things too! But I am still part of a minority and if you have ever experienced what that is like, you will know that it is sometimes very lonely and isolating. But I don’t blame men and I don’t want to single anyone out (except sex creep guy of course, ugh). I just want people to understand how and why things can be difficult for women in the industry.

EDIT: Let me make this clear, partly thanks to Hannah Marjorie Crofts. I congratulate these men not because they just turned a blind eye to my gender, but because they believed in me as a musician, and whether they know it or not really helped me get through some tough times. Dudes, your job is not OVER! I appreciate the kind words about my music etc, but I stand here as an example of someone who somehow managed to make it through the bullshit.

For every example like me, there are a multitude of women and girls who gave up music because they were so damaged by sexism in the industry. I know them personally. I still speak to them about it. So, yeah, my point is, just because you aren’t actively sexist doesn’t mean you aren’t still part of the problem, and thus the solution. Look out for and after women, think about the level of diversity in your art and music-making and why it is important for people of all backgrounds to have their stories heard, their art made and their acceptance in the community understood!

Barnett is an important contributor to the Australian music scene, performing in ensembles including Vada, The Bamboos, The Black Arm Band, The Vampires, the Bennetts Lane Big Band and as a guest with the Andrea Keller Quartet, on the 2004 ABC Jazz release Angels and Rascals. Barnett has also appeared with the Australian Art Orchestra, Barney McAll’s Mother of Dreams and Secrets feat. Kurt Rosenwinkel, Charlie Haden, Flap! and the Paul Grabowsky Sextet. She is currently in Cologne, Germany, working with the WDR Big Band. And internationally she has performed with the likes of Darcy James Argue’s Secret Society, Pedro Giraudo, Cyrille Aimée, Cecile McLorin Salvant, the Jon Faddis Jazz Orchestra of New York and was a regular member of the Birdland Big Band.

Her debut album as a leader, entitled ‘Country’, on the Which Way Music label was nominated for Best Jazz Album in the 2010 AIR Awards and Best Jazz Recording in the 2011 ABC Limelight Awards.