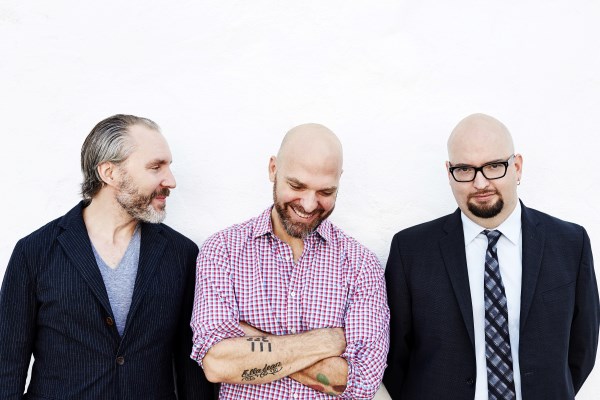 CS: I guess CJP was dreamed up about 5 years ago, Dean Ellis who is co curator of the project and myself have been working in Canberra for some time and were wondering why there wasn’t a high end jazz festival in the national capital.  We felt very strongly that given the rich education focus at the School of music and just the long lineage of wonderful artists that Canberra had spat out into the national arena, that there really should be a focus and a platform that really encouraged exchange between ACT based artists and national and international artists.

Sound Cloud, listen to the interview

Out of that discussion, and of course we were programming jazz through the year on a regular basis we decided that there needed to be more strategic. The Australian Capital Territory is a small place, there were lots of little venues for people to be creating a context for lower level opportunities, however you know that high end national platform didn’t exist and we wanted to be able to have a stronger conversation with our other national partners around the country. So we decided that rather than programming a lot of jazz throughout the year which was happening in other places and in other ways, that we would look after the higher end in terms of creating a context of great production values, of learning and participation opportunities, of artistic exchange, where audiences and artists could really rub up against one another directly but there was a local to global focus.

JK: That sounds fantastic. How have you seen it evolving since year one to say the current program which is wonderfully diverse with international s and local artists.

CS: Its incremental steps and a work in progress developing relationships with everything from our artists on the ground here, to our audiences, to other festivals, and really year by year I guess allowing everyone to understand that whilst the core of CJP is situated around mainstream contemporary jazz, actually its situated around the open reading of jazz and because we are a space that presents work of every artform we are obviously interested in work within CJP that mixes up jazz with theatre and cabaret and film. So there’s that dimension to CJP as well so you’re not getting a context that’s just about a series of gigs or concerts, but is actually layered in many ways to really encourage connection and obviously we want the CJP to be inspiring and for it to be joyful and for people to really embrace the experience of being immersed in a whole range of creative responses to the form.

JK: And having said that I notice, exactly as you just said that there’s a children’s show Ali McGregor and also Phillip Johnston’s, Prince Achmed where there’s a movie. So would you like to chat about some of the highlights of some of the other artists you have coming this year.

CS: We certainly look to open up the new music area, that’s very important to us. You know composition and those that are engaged in compositional practices its critical that there are opportunities for work to be presented and new work. We are very excited to be launching Daughter’s Fever it’s a Hello Square album launch with Paddy Mann and Peter Knight, it’s a sort of sonic journey through the streets of Melbourne and wonderfully inventive. For us that’s one end of the spectrum where there is a whole lot of genres meeting, but nothing really defined sonically around what that is and that’s very interesting. We have two spaces here, a cabaret smaller space and a more formal larger space. Part of CJP is to mix audiences having a variety of experiences including just being able to sit in the foyer and chat to the artists before and after performances, being able to have a drink and share their stories. We’ve got Sean Foran, Rafael Karlan and Kristin Berardi’s Anzac Commission which is drawing upon a series of letters to create works for voice that delve into that material.  It’s called Memory and Emotion and its debuting here. We love to have those sort of projects.

We also commissioned Miroslav Bukovsky earlier this year to write a piece that drew upon the Canberra landscape and our culture here and how we are positioned. The piece is called Black and White. We said to Miroslav, you decide what you want to do, who you want to work with. He was very interested in birdsong and the distinctive qualities that are found amongst magpies within Canberra. He’s also chosen very distinctive and strong voices in the Canberra jazz landscape like Eric Ajaye, John Mackey, Mike Price and David Pereira who works in the contemporary classical sphere, so that piece, what he has created is something that really draws on their voices. Its part of a double bill with Gian Slater. Actually, she was commissioned by PBS to write a piece for the Melbourne Jazz Festival called Maya and that piece premieres the night before it premieres in Canberra. Gian has a very strong connection to Canberra having grown up here and done her music training at the secondary level, so we love the fact that we are actually opening the festival with her, followed by Miroslav’s work. It’s really a celebration of that sense of connection and how people flow in and out of our creative landscape.

I am also personally very attached to Baecastuff’s Mutiny music piece, really looking forward to how that work will be received here in Canberra where people are interested in the political dimensions of that work as well as the musical and social dimensions and having again, an artist that’s prepared to draw upon spoken text, visuals, improvisation in developing that sort of musical material. I think that’s going to be a work that’s exciting, certainly for our audiences here. Of course you have the big internationals flowing through. You can’t go wrong with the Bad Plus can you?

JK: No, I don’t think so, they’re a hot ticket and I am actually thinking Eric Harland with his band as well, exciting musicians who are really finding their voices at the moment.

CS: Yes we had Jeff Tain Watts here last year so that is actually fantastic for our audiences to be able to experience Eric, post having experienced Jeff as it were. I think, just in terms of drawing connections, and seeing that intergenerational trajectory. We think we are very lucky that we have been able to make that happen in a six month time frame. And I guess there’s lots of interesting stories, the Ospina Brothers Trio, the producer is actually Canberra based, she’s Columbian, very interested in Latin America and Australian artistic and cultural exchange. She is very much trying to establish herself as a producer within Australia and so for us that’s just one of those lovely opportunities to really give a leg up to somebody who is foolishly prepared to enter into the producing landscape, with all of its challenges, and who’s obviously based here in Canberra, and again who has local to global perspective. So you know there is one story and behind that there are others. I think for us finishing with Jenna Cave’s Divergent Orchestra, next generation artist , composer, you know that big sound experience, I think that’s going to be exciting too. We feel very strongly about supporting women in jazz you know at CJP we always have a really clear commitment to ensuring that women are profiled and profiled strongly.

JK: Well, it looks like a fabulous program so thanks very much for talking to me.