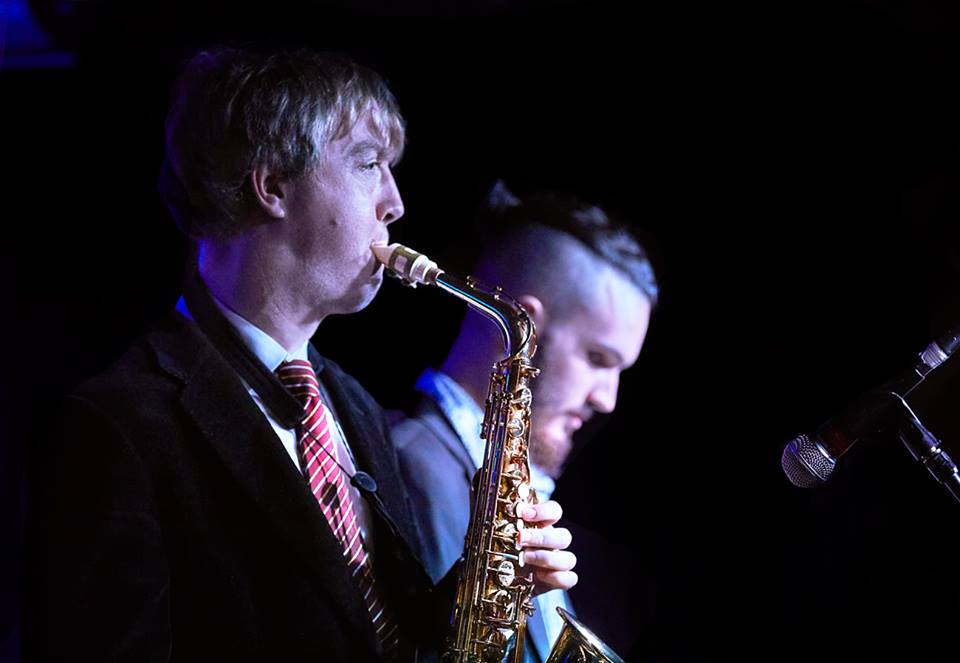 JK:What is your fascination with Thelonious Monk?
MG: When I was a kid, my Dad had the album “Thelonious Monk with John Coltrane” in his CD Collection which to me is still one of my top 5 albums of all time. I can’t imagine what it would have been like to see that band in person. Anyway that was the start of my Monk journey. As a teenager my interest turned into an obsession. I started buying new Monk albums every weekend from Birdland Records, busking on Pitt st mall to afford them. Once i was a little short of cash and wanted the album “Monk’s Music”  so badly that i offered to Vaccuum. Luckily they made an exception since i was such a regular. There are just so many great Thelonious Monk albums that you can’t help but want them all. Monk with Sonny Rollins, Monk with Coltrane, Monk doing Ellington, The famous Monk quartet with Charlie Rouse. So many great albums and periods of music, I bought nearly all of them. Plus read biographies and bought the movie “Straight no Chaser” made by Clint Eastwood.

It’s hard to explain my fascination with Monk other than saying it just sounds so awesome. Incredible compositions and he always had the best musicians playing with him. Monk albums truly swing and make you feel good.

JK: What in particular about his music inspires you?
MG: When i was in High School, the head of music had a book called “The Thelonious Monk Fakebook’. It featured all of his compositions, many of them came with his piano transcriptions. So you could play these songs the same way he played them. With those incredible rich but very unique voicings and get that true monk sound. The way he played chords was different from anybody else, and i was really fascinated. A big part was being able to play these chords myself on the piano and hearing this music in person made me realise even more how awesome this stuff was. Throughout much of my high school i spent almost every recess and lunch going to the music department and asking for that book. I wasn’t interested in hanging out, i was driven to keep practicing and playing through that book on the piano. It’s hard to say what inspires me other than just finding his music so great to listen too. As i said it’s those great compositions, those great chords, but it’s also that Monk truly swings hard and he always has such great sideman to ensure that.

Charlie Parker was and is always my biggest influence, I had more albums of him than any other Artist. Thelonious Monk was now however number 2.

JK: What was it like competing in the Monk competition?
MG: I could talk about the Monk competition all day, it really was a huge moment in my life. Especially because of the people i got to meet. I’ll never forget getting into an elavator that had Roy Hargrove in it. (“Holy shit” i thought to myself), i chatted to him for a while downstairs in the hotel lobby. Then i turned around and Herbie Hancock was standing behind me, so i went and spoke to him. I have so many stories like that. Not only was meeting those people great but making connections with the other sax players. Melissa Aldana and I sat together on the Train from New York to Washington D.C, Braxton Cook, Ben Van Gelder, Tivon Pennicott. All of those great players that i got to make good connections with. The performing side was great to, playing with Carl Allen, Rodney Whitaker and Reggie Thomas was a great feeling and really pushed me a lot.

JK: We hear that you met his son T.S. Monk, any stories from that?
MG: It was amazing for me as someone who grew up obsessed with Thelonious Monk, to now be in the Monk Competition and getting to meet so many people and of course meeting his Son. I Was already aware of who he was because i had seen him on Documentaries. I spoke to him a few times throughout the competition. On the night of the after party we were all getting on the Bus going back to the hotel. As i got on he was in the first row with a spare seat next to him. I thought about sitting there but then hesitated at which point he said “c’mon have a seat”. I was on a mission to get some Charlie Parker stories whilst on that trip, so i asked him if he knew anything. He told me that “Thelonious loved Charlie Parker, but he was never in Bird’s band because he knew he would grow to hate him” Many people grew tired of dealing with Charlie Parker and his behaviour. He also told me that on alot of those Monk albums for Columbia records in the 60’s. He is recording alot of material he had previously recorded. No knew compositions. T.s Monk told me that Columbia records actually owed Monk alot of money that weren’t paying. So he said “I’m not writing another piece of music for those Motherfuckers until they pay me properly”. There were many more stories, it was an incredible experience.

The Monk tribute on 30 June at Foundry 616 will feature