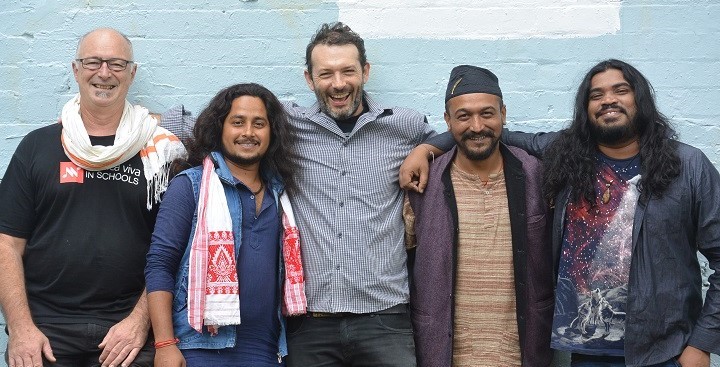 Sydney-based saxophonist and composer Matt Keegan has been announced as a recipient of the 2018 APRA AMCOS Art Music Fund. The $100,000 fund will support nine Australian composers to create new works to reach audiences both locally and globally.

Keegan will use the funding to support the creation of a new work for the cross-cultural ensemble The Three Seas. A collaboration between West Bengal folk musicians and Australian jazz musicians, The Three Seas has been a ten-year “labour of love” for Keegan who says the Art Music Fund grant will help the composer realise the next exciting phase for the band.

“The band was initiated in 2009. We have managed to continue to meet and play together over the last decade thanks to opportunities such as the Freedman Fellowship. The Art Music Fund will enable to band to develop new repertoire to tour in Australia and India later this year, and hopefully further afield in the coming few years”.

Keegan will undertake a residency later in the year where he intends to work on three new pieces which will feature the groups traditional Baul instrumentation. Historically performed by mystic minstrels in West Bengal and Bangladesh, the instruments used in Baul music include the khamak (stringed percussion instrument), dubki (hand drum) and the dotora (Bengali banjo). The musical language used in Baul folk song is often improvised and akin to jazz, it is continually modernised.

Keegan said of the collaboration “The rhythmic and improvisational possibilities of The Three Seas continues to inspire me and generate ideas for new music. This next work will draw from the traditional music of West Bengal and jazz but also incorporate contemporary rock feels and electronics. Our drummer Gaboo is not only a master dubki player but also a highly accomplished rock drummer. His kit work expertly bridges eastern and western music practice – and that’s really what the project is about”.

In addition to writing and recording the work, Keegan has devised an Australia-wide tour in November which includes performances in NSW, Victoria and South Australia.

Following that, the group has been invited to perform at festivals around India in December as part of the Australian High Commission’s 2018 Oz Fest.