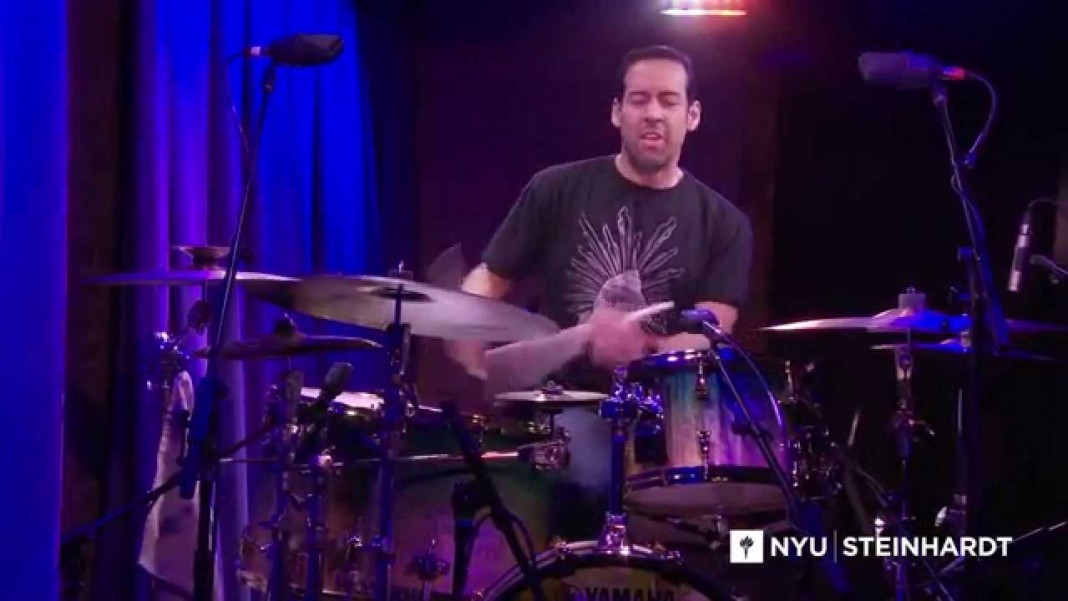 “A drummer should always be a musician”.

When starting his career Antonio Sanchez had a goal to be “One of the best drummers in the world” he chose jazz as his genre where he said “I can express myself the freest.” He has certainly reached his goal, being a four time Grammy Award winner. Sanchez is considered by many critics and musicians alike as one of the most prominent drummers, bandleaders and composers of his generation.

Director Alejandro González Iñárritu wanted improvised, organic music as the score for his film Birdman.  The vitality of the score screams New York, where jazz is part of the culture underpinning everyday life and the very essence of the city. The drumming emphasises the flawed and very human characters in the movie, with the music mirroring their self doubt and inner turmoils with its uneven rhythms which fill one with a sense of anticipation and anxiety. It seems a perfect match for the continuous filming style used to create Birdman.

In his live score screening Sanchez remains true to the integrity of the original movie score. The performance is indeed so seamless that at times you forget there is a musician on stage.  Sanchez takes his philosophy of a drummer being a musician, as component of the band to his film role whereby he becomes part of the internal rhythm of the film.

It is only really at the end of the movie as the credits are rolling that one is able to experience a teaser of Sanchez the drummer, which of course leaves one wanting more.

Birdman won 4 Oscars in 2015 including Best Feature Film and Best Director. Controversially the film score was disqualified from the Academy awards, despite being acknowledged as an integral element of the movie.

In depth interview from DP/30, talking about the creation of the score.

Apart from the movie Sanchez has an incredibly busy creative life, as both a band leader, composer and band member for artists such as Pat Metheny.
For more information visit his website.