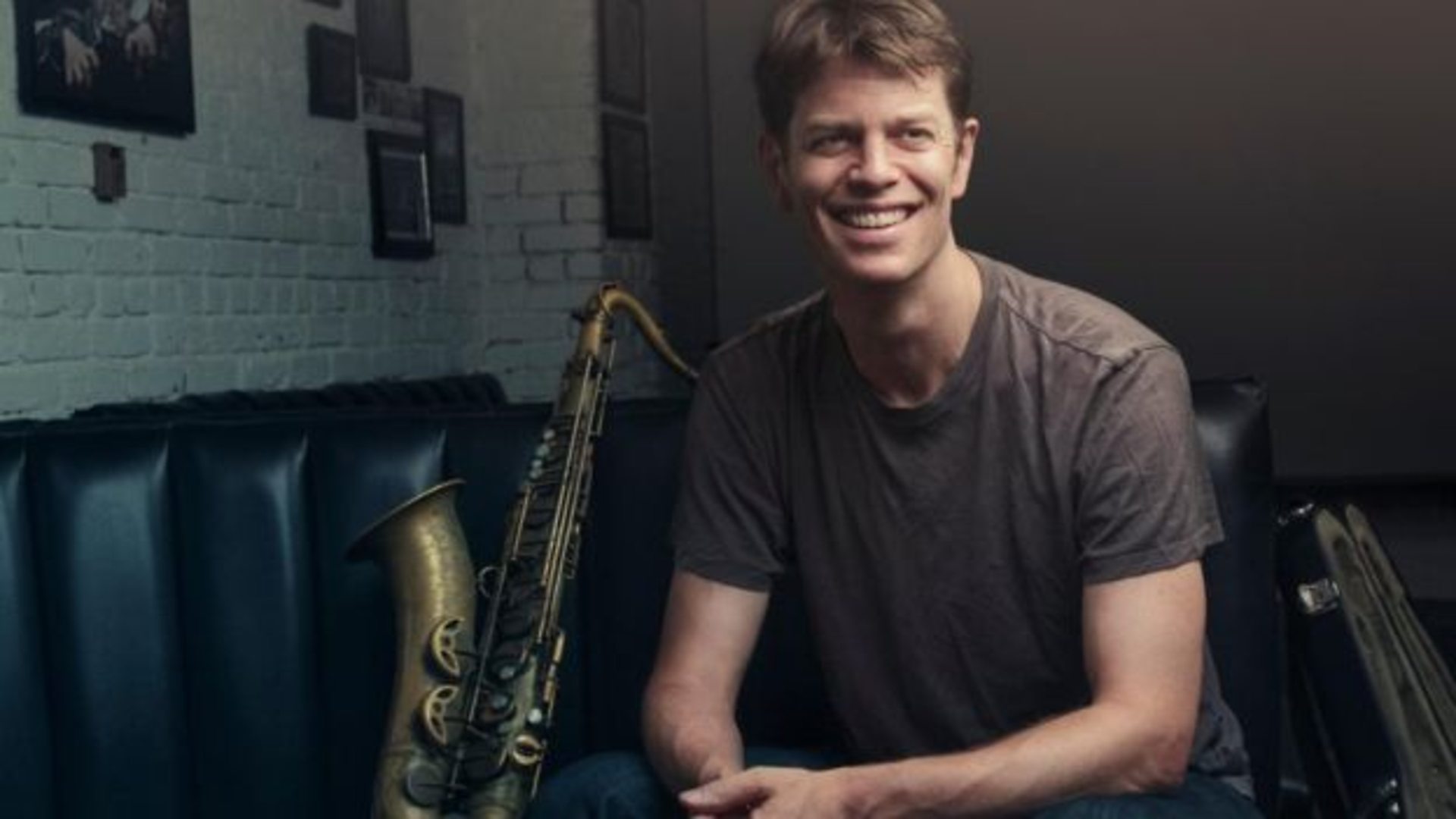 An interview with Donny McCaslin for Jazz Australia.

JA: You were only twelve years old when you decided to take up saxophone, drawing inspiration from your dad who was musician. Tell us about this decision.
DM: It was an impulsive decision as I was in a photography class in Junior High School at the time and not really enjoying it and I remember hearing that it was the final day to change classes. I decided then to switch to Beginning Orchestra as my best friend from elementary school was there playing clarinet. My father asked which instrument I wanted to try and I said tenor saxophone. In retrospect I think I choose it because the person I grew up hearing in my father’s band, Wesley Braxton, was a charismatic player and person. He wore tie-dyed shirts, played exuberant solos, and one time, looking into the bell of his horn I saw a cigarette floating in a pool of condensation. That was cool to a 12 year old!

JA: By high school you had your own group – what was that experience like?
DM: It was great to have the opportunity to play so much music as a teenager. I did lead a group in high school that ended up playing at the Monterey Jazz Festival my senior year. It included Kenny Wollesen, the great drummer, who’s played with Bill Frisell for many years, Adam Beach, and Joe Lester. I remember us playing A Love Supreme at the festival! The main group I played with was more of a co op band that also included Kenny on drums, Ken Carr on guitar (who went on to play the Ray Charles band for years), Anders Swanson on Bass (who lives and plays in LA now), and Brian Henrickson (who lives and plays in the Bay Area now). In addition to that I was playing multiple days per week with my father’s band and was in a terrific high school music program (led by an amazing educator Don Keller). Kuumbwa Jazz Center had opened then in Santa Cruz so I had access to everyone who was touring at the time. It was tremendous seeing Elvin Jones, Cedar Walton, Art Blakey, Phil Woods, McCoy Tyner, and so many other greats in my hometown.

JA: You then went on to study at Berklee. How did this experience mould you as a jazz musician?
DM: I learned so much there it’s hard to put it into words. The main thing was being in an environment with a lot of very talented musicians and having access to a practice room 24 hours a day. I was able to practice a lot and find my way through all the information I was getting at school and from the great students around me.

JA: After Berklee you then went on to tour with Gary Burton for a number of years. How did you evolve as a professional musician during that time?
DM: Playing in Gary’s band was like being in graduate school. He talked a lot about concepts for improvisation and band leading. I grew a lot in this period and part of that was learning to navigate songs that had more complex harmony that what I’d been used to and having a limited amount of solo space.

JA: What was behind your decision to relocate permanently to New York in the early 90s?
DM: Wanting to go to the source, so to speak. Boston was fine, but New York was where I knew I needed to be to continue to grow and learn.

JA: You have been asked numerous times about the night David Bowie came to hear you in 55 Bar but can you recall one more time for the Australian audience?
DM: Sure. Maria Schneider was meeting with David work on “Sue, or in a Season of Crime” and at some point she played him a recording of mine   and suggested he do something with me. That led to the two of them coming down to the 55 bar in the summer of 2014. I didn’t meet him that night, but did so a week later when we had the first workshop session for the Maria/David version of Sue.

JA: Tell us a little about the actual recording experience with Bowie?
DM: It was the best possible environment to work in. David was ready to work as soon as he walked in the door. He was focused, listening to what we had to bring, and always funny. We took advantage of every minute.

JA: The Blackstar album and Bowie connection have obviously introduced you to a much wider audience but you seem to have taken it very much in your stride. How has it been?
DM: There’s nothing normal about a situation like this. I’ve tried to take it day by day, to enjoy it and sort of hold it gently at the same time.

JA: Tell us about your new album Beyond Now and the various influences therein?
DM: It’s very much connected to Blackstar and David. The original music was written a few months after we finished Blackstar and David’s music was still swimming in my mind. I also was deep into Deadmau5, Aphex Twin, and Kendrick Lamar at the time and they all figured into the creative process.

JA: Are you familiar with any Australian jazz musicians – in particular those you may have encountered in New York?
DM: I am! When I first moved to New York I remember hearing Dale Barlow with Art Blakey’s band. Love his playing. Linda Oh, Sean Wayland, Jo Lawry, Mat Jodrel, Troy Roberts, Carl Orr,  Barney McAll, Ben Eunson, Natalie Dietz, Chris McNulty, Julian Gough, Nadjee Noordhuis, and there’s many others. It seems like I regularly meet young Australian students who come over for a few months at a time to take in NYC.

JA: What can audiences expect from you and your group on your Australian tour?
DM: We’ll be presenting music from my latest recording ”Beyond Now” as well as some select Bowie tunes, songs from my last couple of records, and a few new songs.

Basement for SIMA – 31st may