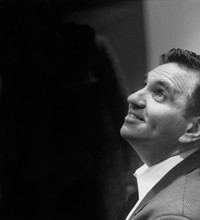 Chindamo and Ball haven’t worked together in this format before, yet with no rehearsal this spontaneous performance was one of those rare, superb listening experiences which shall be remembered for years to come. Clearly these artists were made for each other: harmonically Eugene Ball is at a highly sophisticated level (far beyond many of his peers) allowing Chindamo to move in any direction he might choose, and move us they did.

The pieces played over three sets were loosely based around some well known standards, including; Secret Love, It Ain’t Necessarily So, Scott Joplin’s The Entertainer, Body and Soul, and Georgia but unlike so many ‘jazz ensembles’ there wasn’t one typical chorus, solo, solo chorus arrangement. Ball and Chindamo, with the steady, precise swing of Leon Heale on double bass, had room to take us on a journey unlike any I have heard before. The audience was captivated and during the ballads and I noticed tears among my fellow listeners.

Melbourne-based artist Joe Chindamo has had the ‘luxury’ of a fellowship provided by the Australian taxpayer through the Australia Council. The money has been well invested. Widely recognised at home and abroad as a brilliant musician in so many respects, Chindamo’s technique has strengthened significantly with the help of the fellowship. One hears rumours about his obsessive dedication to his art form; this was clearly evident at this performance. I pray that that these outstanding musicians are in a position to work together more often and hopefully record soon for the benefit of everyone who appreciates superb music.