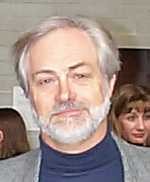 But many of you will have missed the outstanding performance by Blackburn High School’s ‘ Latin Jazz Ensemble’. Such is the nature of our incredible conferences, and, much as we would like to be in two places at once, this is simply not possible, and we are destined to miss out on so much. This is why I would like to share with you some reflections on the infectious nature of that performance and also to discuss how the ‘The Nuevo Tango’ ended up in such capable hands ‘downunder’ on the other side of the world in Australia.

Blackburn Senior High School is an ordinary Government Secondary High School to the east of Downtown Melbourne in the State of Victoria. It is near Box Hill, which was the focal point for Australia’s most famous group of Painters, The Heidelberg School. Perhaps there is something in the water. But there is nothing ‘ordinary’ about Blackburn’s music program, and I use the word ‘ordinary’ in the limited sense that Blackburn High School is not blessed with extra funding or special facilities that would explain their unrivalled success. Naturally, students are now attracted to the School because of the quality of its music program, but there are no scholarships as such. So what are some of the ingredients of a transformation that can take a group of suburban Australian teenagers to the heights of performing with such distinction at an IAJE Conference in New York?

At the Conference, the Blackburn ensemble brought together its Stage Band and its Latin Strings, under the direction of Andy O’Connell, and performed a compelling program, which had been memorised, and which included original, if not unique, transcriptions of the works of the Argentinian composer, Astor Piazzolla. This was a new departure, as previously, the two ensembles had performed as separate entities. Andy O’Connell has the privilege of working with a talented group of student musicians but there is a well defined sense that Andy is able to bring everyone together as an ‘ensemble’ in the real sense of the word. Andy is on record as saying that: “You need brilliant soloists who can stand out – but they must also work perfectly within an ensemble”. Andy has certainly achieved this.

Piazzolla, himself, discovered ‘The Tango’ while studying composition with Nadia Boulanger in Paris, and, in order to augment his income, he played in tango bands and went on to compose a prolific number of ‘nuevo tangos’. The problem is Piazzolla rarely bothered to write them down! This may sound all too familiar to the jazz musician and this is where John Goldsworthy enters the scene. When I met John, I found him quiet and unassuming but, on the other hand, extremely intelligent, very well-informed about the Latin project and extremely literate in the latest music technology. These characteristics, and his passion for the music, have allowed him to download, arrange and then print up Piazzollo’s music for the ensemble. John describes Piazzolla’s music as: “ for the virtuoso, rhythmically very complex, highly sophisticated and requiring enormous skill”.

So would this music be suitable for typical high school students? Well, probably not, but there are a number of factors that have make this exciting project possible at Blackburn. John has been training some his players for up to five years with the full support of the School, his Music Department and its Head, Geoff Conrau. As Geoff is also the senior string teacher at the school, he has been well placed to support and nurture the vision. In fact, Geoff has been responsible for training many of the very fine string players who have performed in the Latin ensembles, including his own daughter.

So, it would seem that much of what Blackburn has achieved stems from a shared vision and well-balanced ‘team work’ – a group of professional and talented teachers, with complementary skills, who have been able to channel their energy into a project that they clearly all believe in.

Well, where next for Blackburn High School and its music? They have already played Piazzolla’s ‘Ressureccion del Angel’ on the anniversary of Piazzolla’s death. They have played at the opening of State Parliament in Victoria. They have won many competitions more than once, and they have played with all Australia’s leading jazz musicians, including Don Burrows and James Morrison. Well, don’t be surprised if they crop up again somewhere in some prestigious setting. They have set the bar really high, they now have a constant stream of talented players coming through their program and they are capable of ‘thinking out of the box’, and that is certainly ‘out of Box Hill’ !

With today’s technology, you don’t have to live in an established American or European mainstream in order to be ‘in the swim’. You can, with an intelligent and creative approach, live at the ends of the earth and actually be up with or even ahead of the game. Several leading string educators who heard the ensemble at the New York Conference apparently expressed this view. Paradoxically, the comparative physical isolation of the south of the enormous Australian continent may have made it easier for John Goldsworthy, Andy O’Connell and Geoff Conrau to navigate their own original course.

Finally, very few of their audience at the Conference will have been aware that the students and staff who travelled from Blackburn to New York were also coping with the emotional burden of the knowledge that one of their students had been killed in the Bali bombing, and that another, having survived the impact of that first dreadful explosion on 11th September, was then tragically and meaninglessly killed when the second plane rammed into the other Twin Tower.
I trust and pray that the visit that the Blackburn party made to ‘Ground Zero’, and their extraordinary and poignant music, have served both as pilgrimage and as memorial in order to at least start a healing process.

I am indebted to Sue Goss and her article ‘World Class Jazz – And the Nuevo Tango’, and to Geoff Conrau, Andy O’Connell and John Goldsworthy for their invaluable feedback.

Brian has completed two terms as the Australasian Board Representative and was instrumental in inviting the Blackburn Ensemble to perform in New York. He also introduced their performance. He currently serves as the Jazz Coordinator for ‘The School of Instrumental Music’ in Perth, Western Australian where he advises on all aspects of jazz, teaches jazz and is responsible for delivering professional development in jazz to other teachers. In 1993 he was awarded a ‘ Certificate of Appreciation’ by his employer for “outstanding service to music at school, national and international level”. He still performs on Reeds at Jazz Clubs and Festivals and has published articles in a number of academic journals.