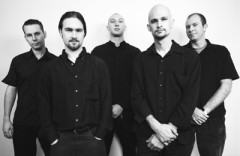 Bassist and composer Pete Jeavons won the jazz category of the 2000 Western Australian Music Industry song contest. As part of the prize, Pete was given the opportunity to showcase his original compositions at The Perth Jazz Society and thus put together a band of top Perth jazz musicians for the gig.

Pete chose the name ‘Frames Of Minds’ for his newly formed group in an attempt to counter for the broad stylistic range of his original compositions which formed the group’s repertoire.

However, since ‘Frames Of Minds’ debut gig the initial concept has evolved somewhat to feature the compositions not only of Pete but also of guitarist and composer Simon Jeans. Simon featured in the original line-up, and is now also co-leader of the group. Hence the group’s current sound reflects the previously unoffical but long standing musical partnership between Peter and Simon with much of the repertoire stemming from the six or so years they’ve spent playing and work-shopping each others compositions. Stylistically their compositions draw from various musical genre’s including bebop, funk, world music and the avant-garde. The other members of the group include highly respected pianist Russell Holmes, woodwind multi-instrumentalist Graeme Blevins and powerhouse drummer Daniel Susnjar.

Russell appeared at Wangaratta in 1998 (alongside Pete Jeavons) as a member of The Michael Pigneguy Sextet and currently holds a teaching position at the conservatorium of Western Austalia. Both Graeme and Daniel are recognized as being two of WA’s finest young jazz musicians on their respective instruments.

‘Frames of Minds’ embarked on its first national tour in November last year. As part of that tour, the group performed at The 2001 Wangaratta Festival of Jazz and Blues after being selected by the festival organisers as one of Australia’s top emerging modern jazz groups. The group’s performance at the festival was recorded for Jim McLeod’s ‘Jazztrack’ (ABC radio) and was described as ‘clean, fluent, sparkling…’ in the National Jazz Co-ordination Association newsletter review of the festival. The group will be featured on the soon to be released ‘Jazzaziz’ compilation CD (showcasing young WA jazz musicians) and will release its debut album later this year.