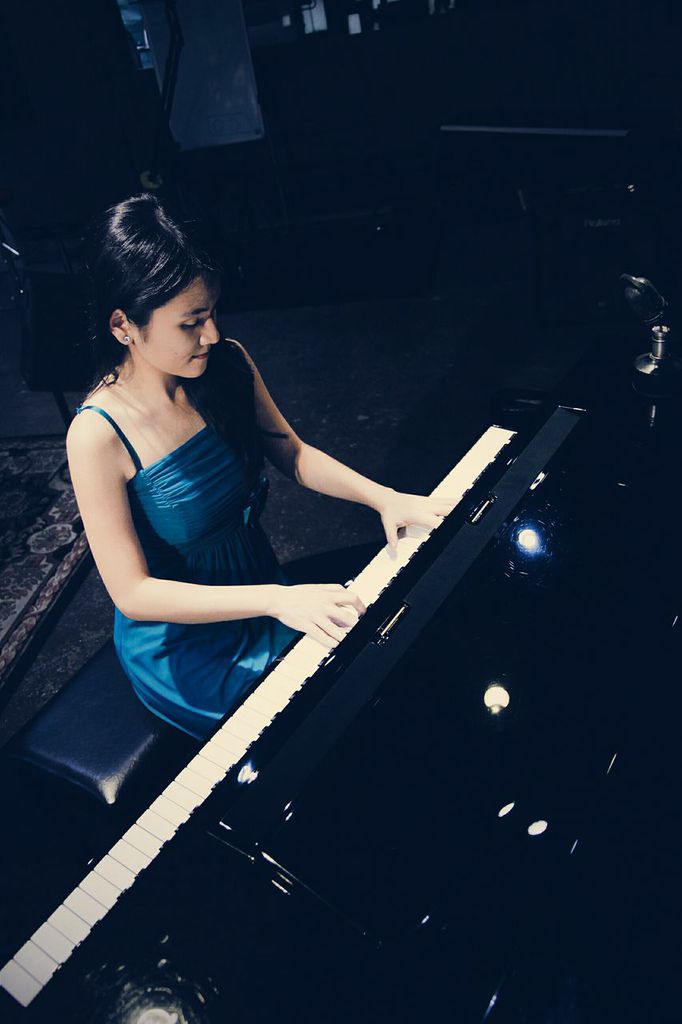 “Francesca Prihasti has recorded some beautiful music on ‘Night Trip’”.  She has chosen some wonderful musicians to allow her compositions to shine and her clear and focused improvisational make this an impressive debut.”

JK: You are are originally from Jakarta in Indonesia – when did you move to Australia and how did you first get interested in music and start playing the piano?

FP: I moved to Australia in 2006. I first got interested in music when I was six years old because my mother is an organist and plays traditional gospel hymns at church mass regularly. I started to take keyboard /organ lesson for leisure when I was around seven for a few years. (We didn’t have a piano at that time).

It wasn’t until high school (I was sixteen or seventeen at that time) that I met a lot of musician friends (some of them are excellent young pianists) who inspired me and introduced me to jazz. I decided to get an acoustic piano, take some piano lesson and pursue music as a career.

JK: Who were the jazz pianists and other musicians who first inspired you?

JK: When did you first start playing professionally and tell us about some of the people you have played with?

FP: I started playing professionally in Jakarta when someone called me to do some regular solo piano gigs. I also formed a quintet with local musicians in Jakarta and we played at the Java Jazz Festival for the first time in 2005, a year before I moved to Sydney.

JK: When did your interest in composing start?

FP: My interest in composing started when I moved to Australia. I saw a lot of inspiring gigs at the Sound Lounge such as the Mike Nock quintet, Matt McMahon Trio, Coffin Brothers, Richard Maegraith, Kristin Berardi and many others. They all feature their own original compositions and I am grateful to have had the opportunity to study with them especially Mike Nock. He helped me a lot with my writing.

JK: Your compositions draw on lots of different influences. Tell us about some of those.

JK: Tell us about the recording of your debut album in New York and the musicians you used on the session

FP: In 2014, Nic Vardenga and myself were planning to go to New York together in September, so we thought it would be opportune to get some lessons. I also thought it would be a great idea as well to do a recording there with some of my favourite musicians. I’m so glad to have had the opportunity to record with a wonderful rhythm section of Marco Panascia (double bass) and Ulysses Owens Jr (drums). They gave so much life and energy to my music and not only that, they’re also such wonderful people – very supportive and encouraging. It was a real learning experience working and playing music with both of them. Nic is a wonderful guitarist and I always love his beautiful guitar playing, tone and sensitivity. And I’m so happy to have him playing on my debut album, especially as we have been gigging together regularly in Sydney.

JK: How do you see your music progressing in the future?

FP: I want to keep learning and practicing each day to get better at my instrument, keep on writing music, and expand my networks and collaborate with lots of musicians.