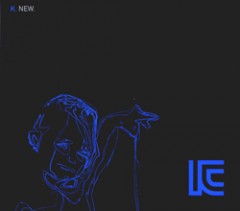 During their time there they were also founder members of the group Hip Mo’ Toast, which this year won its 4th WAMI Award in a row for the best original jazz group. Grant and Graeme’s contribution to the debut album Uptown Tight (released last year), helped to define the band’s original sound.

Both are exceptional performers and composers, and have reached great musical heights at very young ages.

With K, they performed to critical acclaim at the Wangaratta Jazz Festival in 2001, Grant is an APRA Fellowship winner, and Graeme was a finalist in both the Freedman Foundation Fellowship and the 2002 Wangaratta Saxophone Competition finals.

Following the release of their sensational album, NEW, they are now setting their sights on Europe, USA and Canada, where they are now being sought for the international festival circuit.

Never content to stand still, Grant and Graeme are currently collaborating on their latest project Manuvre, which combines sampling and looping technology with the exceptional vocal talents of Emma Gardiner, and they perform every week at Hudsons, King Street, Perth on Thursday nights.

Graeme also performs with his own trio in the intimate jazz lounge downstairs at the Luxe Bar, featuring Matt Willis on bass and Andrew Fisenden on drums (Chris Tarr takes Andrew’s place while he is on tour with James Morrison).

Originally posted to the JAZZWA website in 2003. Graeme Blevins and Grant Windsor have since both relocated to London.