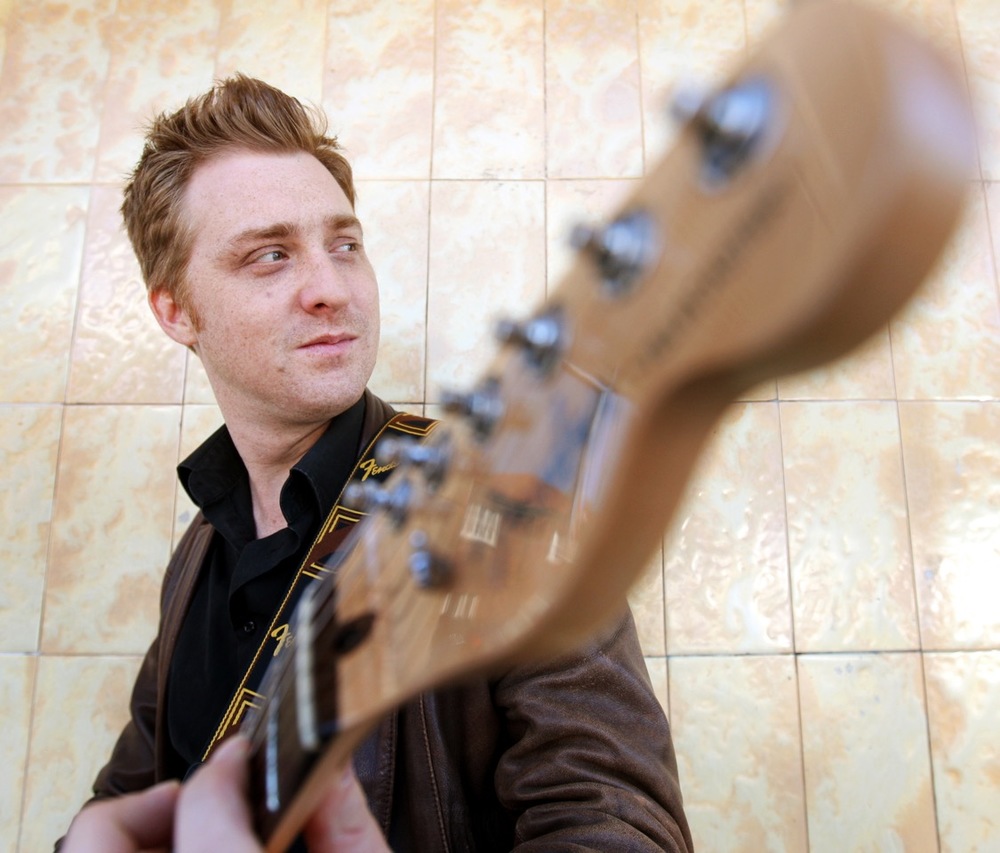 James Muller has long been one of our most exciting jazz guitarists. His fluidity, ideas and just plain swing has dazzled in every recording he has ever made. So it is surprising to see him express his discomfort with the recording studio environment  – “I hate playing through headphones!!!” – in the notes to his new release on 54 Records, Live at Wizard Tone. Equally, it is gratifying to see him (and hear him) in a zone that allows him the freedom for the “adventure and abandon” he seeks in his music.

Recorded before a live audience at the Adelaide studio over two sessions, Live at Wizard Tone has Muller playing up a storm with the equally driven ensemble of Sam Anning on bass, drummer Ben Vanderwal and – serendipitously in Adeliade from NYC over the Summer – altoist Will Vinson.

The tunes selected for the recording balance out Art and Fun, with Fun maybe winning out. ‘Scrapple From The Apple’ literally grins in your face with its energy, all players digging in up to their elbows, pulling out their their bop chops and having some truly Big Fun.

Opener ‘Evidence’ has the band modelling solos and rhythm section around Monk‘s angular melody with all its stops and starts, whilst the implied swing roils way beneath. Check the rhythm section here, and on the closer ‘The Song Is You’ – their conception of swing and what you can do with it is quite something.

The three Muller originals hold up fine too – mid-tempo Latin ballad ‘Dalby at Dusk’ is evocative tone-poetry with not-obvious changes which altoist Vinson seems to relish in his piquant solo. (Vinson is a knockout here and everywhere else I have heard him lately – a truly original alto saxophone voice with his swoops and surprising  leaps flavouring his solos, and making them jump out of the mix).

Muller’s ‘Assignment 1’ has a pastoral, elegiac quality that belies its minimalist title. The guitarist’s taste and restraint in his solo here shows the breadth of his playing. His tone across the entire album is immaculate: rich yet biting when it needs to be, with piano-like chords or brittle percussive comping. The minimal comping and lack of piano lends all of the performances an open, contrapuntal transparency that lend it an astringent economy, letting the music breath organically. Exciting stuff.

I have said before that all true jazz should be regarded as being recorded live. Sadly, this is too rarely the case, with much recorded jazz sounding sealed off and boxed in. An album such as Live at Wizard Tone is a breath of wild wind – jazz as it should be: in Muller’s words, a music of  “adventure and abandon”