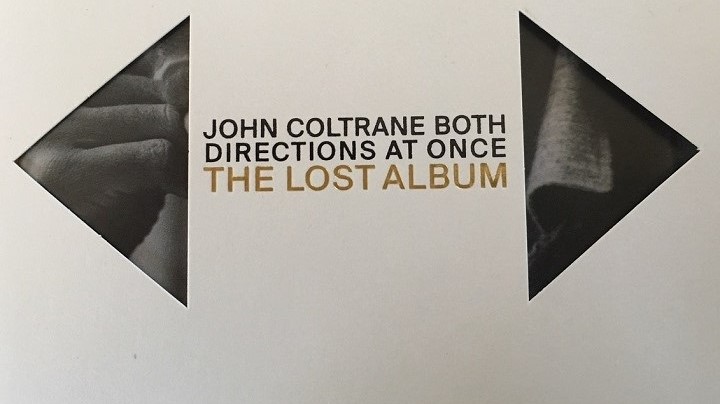 As the legendary saxophonist Sonny Rollins so rightly put it, “This is like finding a new room in the Great Pyramid.” The musical implications of this album, the original compositions, the arrangements, the band, 1963 the year it was recorded, all amount to a rediscovery and re-contextualization of one of the most important jazz musicians of our time.

When Coltrane and his band arrived at Van Gelder’s studio that afternoon in 1963, they knew they had to record and run.They had a gig that evening in Manhattan at the Birdland jazz club  and a drive in the traffic that could take a good forty minutes to an hour to get there. Like many jazz groups before and since the quartet took advantage of that extended engagement to work out new material for the studio date, to get familiar with the music and then recapture it.

On this album, there are two completely unknown and never heard before originals. Untitled Original 11383 and Untitled Original 11386, both played on soprano sax. 11383 features an arco bass solo by Jimmy Garrison, a relative rarity, and 11386 marks a significant structural change for the quartet, in that they keep returning to the theme between solos, not typical in the quartet’s repertoire.

In addition to the two unheard originals, One Up One Down released previously only on a bootleg recording from Birdland Records, is heard here as a studio recording for the first and only time. It contains a fascinating exchange between the  drummer Elvin Jones and Coltrane.

This studio session also yielded Coltrane’s first recording of Nature Boy, which he would record again in 1965 and the two versions differ greatly. Intriguingly, Coltrane approaches this version as a trio with McCoy Tyner laying out. In fact, McCoy Tyner lays out a number of times during this recording session. This version is tight, solo-less and clocking in at just over three minutes. The other non-original composition on the album is Vilia from Franz Lehár’s operetta The Merry Widow, popularised by clarinetist Artie Shaw’s big band in 1939.He approaches this composition with a light hearted affect, first on tenor and then more convincingly on the soprano.

The soprano version on the Deluxe Edition is the only track from this session to have been previously released. Impressions, one of Coltrane’s most famous and oft-recorded compositions, is played here by the piano-less trio. It’s one of the more interesting aspects of this session and reflects the harmonic possibilities that Coltrane was known to be discussing regularly with Ornette Coleman around this time.

It’s interesting to note that Coltrane only attempted this tune in the studio a few times and these rediscovered four takes, by all indications , are the last time he ever recorded the tune. As night fell that Wednesday night in 1963 the session ended and Van Gelder placed the master tapes into their boxes and shelved them in his studio with other Impulse sessions. Coltrane packed his horn and left for Birdland with the rest of the quartet.

What happened to these recordings after that point is partly conjecture based on the habits of Coltrane and his label. We do know that they were never mixed or mastered into an album and there was no paperwork reflecting a plan to release the music. Someone or something had held it back. In multiple interviews Van Gelder has maintained that after Coltranes death in July 1967 any and all master tapes in his possession were retrieved by Impulse ending up in a storage facility.

In the early ‘70s, as part of a general cost cutting effort, reel after reel of precious music was discarded to reduce storage fees. If the music had never been released out went the tape. These tapes survived due to another privilege that Coltrane enjoyed at Impulse.

After each session he received seven inch tape reels to take home and review. Some he shared with Naima his wife and it’s these mono audition reels, in pretty good shape for plastic and oxide ribbon more than fifty-five years old, that have delivered to jazz fans historical music that would have been lost forever.

Both Directions at Once: The Lost Album is a major addition to the Coltrane catalogue and the most important jazz discovery in recent years.