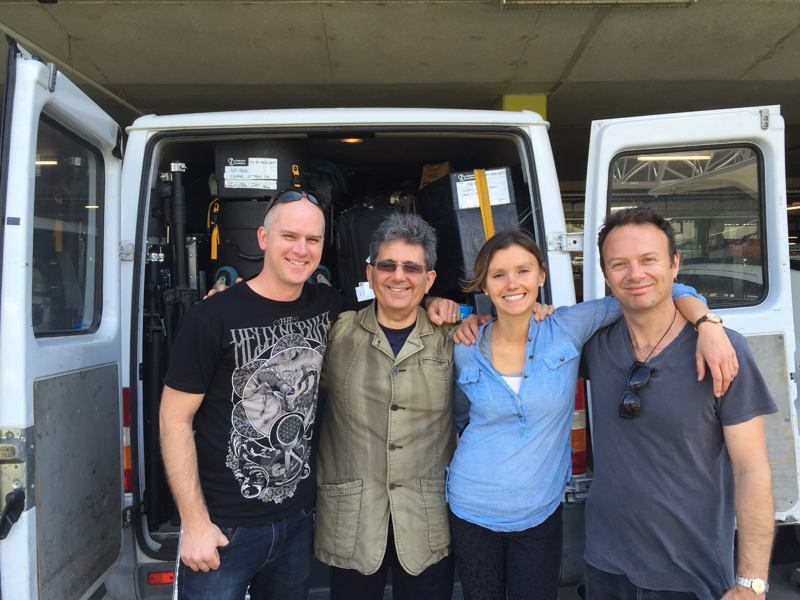 It’s surely well known now that Mark Isaacs won a great deal of praise for two recent classical works – a symphony and a chamber symphony – including some very good words from Vladimir Ashkenazy.

Here we heard him leading a trio accompanying, and in fact interacting with, a vocalist. In many ways the approach is unique to Isaacs. Here is one: Somehow he plays such active, brilliant and, yes, busy lines against the vocalist that one feels that it should not work. Yet it does. Almost all the time. Perhaps because the piano maintains a very nicely balanced complimentary independence. Sometimes many spaces are employed, sometimes a baroque brilliance that has the curious effect of running virtuosically in another acoustic space – in peripheral vision, so to speak. It is a phenomenon not unknown in either jazz or classical music.

What obviously should, and invariably does, work superbly are the atmospheric piano introductions, predominantly chordal with bright grace notes a fraction ahead of chosen chords. This gives the effect, if we can be a little fanciful, of a flower garden or, according to the disposition and voicings – the lushness – of the chords, flowers in grass. Over this the voice floats in (more of that in a moment). Some of the songs are well-tried but still beautiful “standards”, some are standards now from a later era, also very lovely and, in one case somewhat mystical in feeling. For instance: James Taylor’s I’ve Seen Fire And I’ve Seen Rain, Carole King’s It’s too Late, Baby and The Fool On The Hill, by The Beatles of course.

The era of the latter “standards” is of course the 1960s or thereabouts, when poignant melody began drifting into the general field of contemporary pop and rock. And of course there was a sense that pop songs were becoming “adult” although no more beautiful than, for instance, Teen Angel. Yes, it was of course the hippy era and Fool carries not only the poignancy that was undoubtedly part of the age, but the atmosphere of psychedelia, which is alluded to perfectly in Isaacs’s introduction.

Now Cowlishaw’s voice can be fragile, even frail, up high, but the transparent sound and inventive/sensitive phrasing are so potent that their affecting quality needs no muscular emphasis, though this can be supplied at surprise moments with strength. Isaacs’s piano is formidable at every level. Cowlishaw’s voice seems a more vulnerable thing. Somehow the combination works beautifully.

Between vocal choruses Isaacs usually executed, on this night at least, a supremely accomplished solo, sometimes quite long, but always gripping enough to keep attention high, so that the voice’s return is not as something forgotten and suddenly found. The voice glides in over a rich field of energy and colour as if it were awaited, and suddenly we realise that it was. But the solos are very much worth hearing in their own right. Themes arise spontaneously and are actually developed.

This rhythm section, as listed above, is quite a gift for both performers. Others must have felt the same, Paul Grabowsky for one. They lift and strike, lightly or fiercely. They interact, and they also solo beautifully. As I write they have all gone away on a tour of far away regions. I await their reports with keen interest.