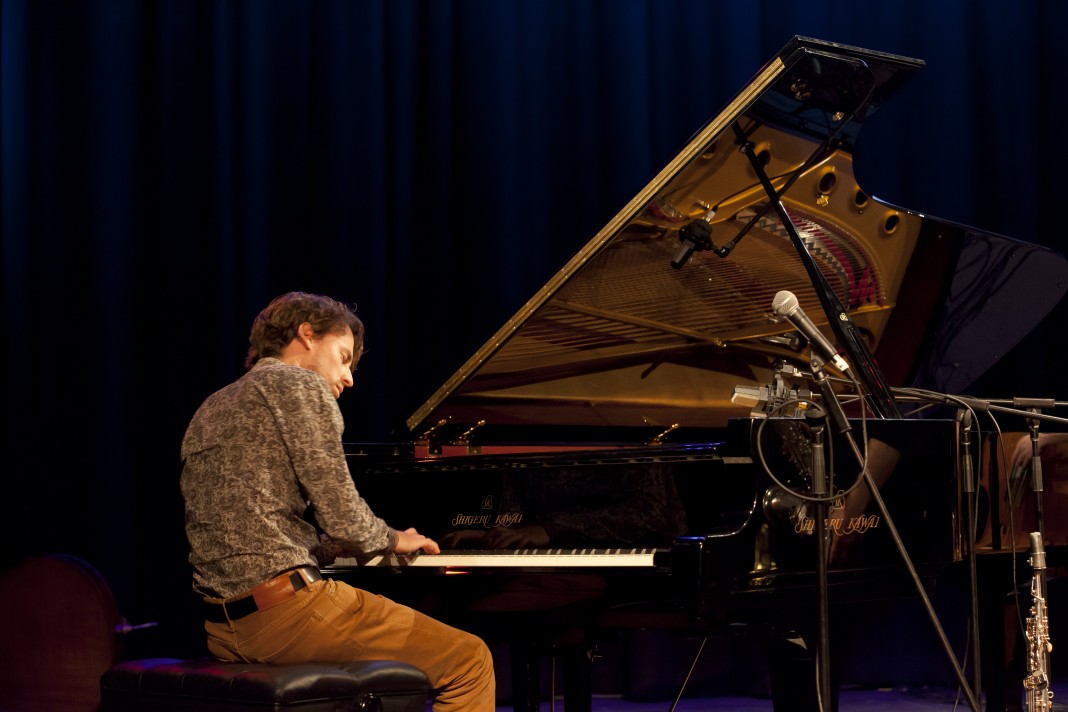 Brisbane pianist and composer Sean Foran tells us about his recent project involving development sessions with key European artists and a recording session of new work featuring a band of UK musicians.

JK: How did this project come about?

SF: This is something that I’ve really had in my mind for quite some time….. years I think. Spending time with selected musicians in a private tuition setting is always something that is quite beneficial as a composer or player and for me I’ve really gained a lot from previous mentorship programs with various artists. It had been a while since I had that one to one feedback on my work, so I really thought it was something I needed to prioritise. Following this, I wanted to directly connect my planned development sessions to a clear composition and recording project. I specifically chose to work with musicians and record in the UK as I wanted to bring a completely new approach to the process and sound of the music created. I had spent a great deal of time in the UK over the years – completing my Masters study there plus touring – and I felt that recording with musicians from that scene was something I needed to do.

JK: Tell us about the mentorship part of it – did you find this a useful development project?

SF: Absolutely. I was able to spend time with Julian Arguelles, Baptiste Trotignon and Franz Von Chossy. All of the time spent with these artists allowed me to gain their feedback on things like composition, ensemble arranging, improvisation and piano technique. I was able to arrange for Julian to tour Australia with my trio Trichotomy, and we played some of the material slated for the recording. This was invaluable as there really wouldn’t be many other opportunities to perform the music prior to the recording session. After the mentorship time I reworked the material as a result of the feedback….there were definitely some significant changes to the material, and this also allowed me to sit back and look at my compositional process and aesthetic from a fresh angle.

JK: How did you choose the musicians

SF: Choosing the musicians for the recording was a critical part of the entire project. The lineup for the album is Piano & Keyboards (me),  Drums (Joost Hendrickx) , Guitar (Stuart McCallum), Saxophones (Julian Arguelles) and Cello (Ben Davis). The selection of these instruments was based on the musicians themselves… so rather than ‘I’d like to have some cello on this’, it was more that I wanted Ben Davis, his cello sound and approach to playing… no Ben, no cello.

Fortunately all of the musicians that I really wanted to be a part of this recording were able to do it. Each one of them brings a distinctive sound to the ensemble… and that was also a key element in creating the music. I wanted players who really offer a creative approach to sound, texture and ensemble awareness…. Stuart, Julian, Joost and Ben all fit this ideal perfectly. I’d also had the chance to play with most of them prior in various settings and thought that they would compliment not just my music, but each other.

JK: How is this material different from your previous work?

SF: It’s quite different. I usually write & perform with the trio Trichotomy, a piano/bass/drums group. In a trio of this kind I usually find myself playing melody most of the time, and also constructing the harmony. With this recording I had an instrumentation where I had more scope in these areas.  Because I didn’t need to play the melody or chords all the time it gave me more scope to write interesting piano parts. Further to this, the combination of instruments allowed me to write for varying combinations within. Players had varying roles throughout, and there were opportunities for doubling, harmonies, and textural development.  In terms of aesthetic though… I suppose it’s similar to what I do. Hopefully it’s a development of my ‘sound’. I was listening a lot to people like Franz, Baptiste, and the folk group “The Punch Brothers”.  All of them have such a strong melodic focus and content…. I wanted this to be a priority in the music.

This project was supported by the Queensland Government through Arts Queensland, part of the Department of Science, Information Technology, Innovation and the Arts