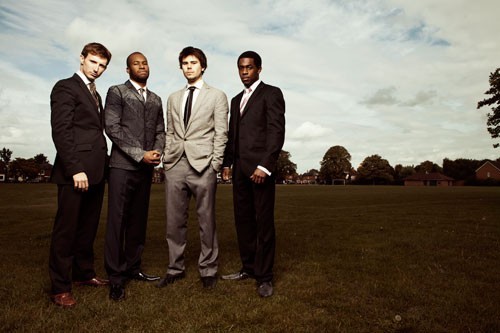 Influenced by the 1960s, when bands often played several sets a day over many weeks the residency series aims to capture the spirit of an era, with free gigs, open rehearsals, jazz workshops and late night sessions.

Empirical /ɛmˈpɪrɪk(ə)l, ɪm-/ • denotes the gathering of information through means of observation, experience and experiment.

UK jazz group Empirical are taking their music direct to Londoners in February 2016 by taking over a retail unit in the centre of Old Street Underground Station and transforming the space into a pop-up Jazz Lounge. Listeners will be invited to visit the lounge for lunchtime and evening commute live sets, late night sessions and an early bird performance, all for nix.

The residency series aims to capture the spirit of an era when bands often played several sets a day over many weeks and gives the band intense practice whilst allowing the audience to witness the creative process as the band develops new material.

Old Street Underground Station has 35,000 daily station users. The station itself has recently become a trendy hotspot featuring ever-changing pop-up shops and a rooftop bar in the centre of Old Street roundabout. It’s something we could only hope that Transport NSW might consider in the future.

Empirical are also inviting Hackney and Islington schools and community groups to sign up to free educational workshops during the Jazz Lounge, demonstrating the principles of jazz improvisation and giving younger audiences a chance to experience live jazz at more suitable times.

Empirical believe that this radical approach of taking their music directly to Londoners in their daily lives will connect them to new audiences. They aim to take the pop-up Jazz Lounge concept nationwide in 2016/17, setting up in places not normally associated with jazz in major cities across the UK.

Hailed as the “coolest of Britain’s young jazz bands” by the Daily Telegraph, Empirical are known for their forward-looking, creative music and live performances.

Their fifth studio album, entitled Connection (Cuneiform Records), is set to be released on 18th March and launched on the same day at London’s King’s Place.