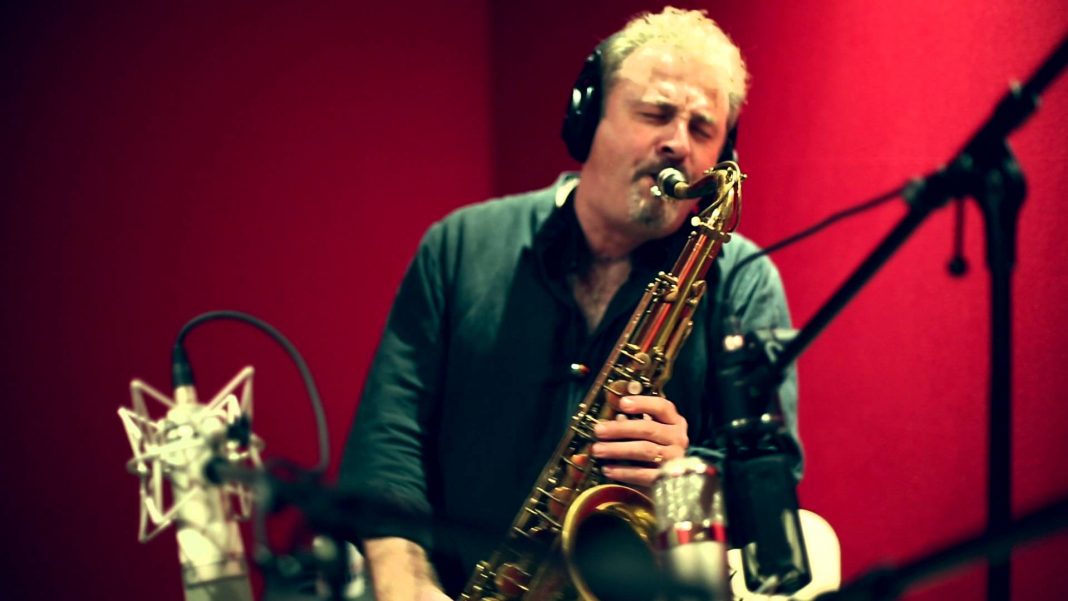 One by Tim Garland, review by John McBeath

UK saxophonist Tim Garland with his Lighthouse Trio was a headliner at the 2012 Wangaratta Jazz Festival but only drummer Asaf Sirkis from that trio appears on this new quartet recording. Ant Law plays various guitars, Jason Rebello is on keys and there are several guest artists.

One of the guests is Hossam Ramzy playing a range of Egyptian percussion instruments, including tablas on the opener Sama’i for Peace, a ten beat Middle Eastern piece with an impressive soprano sax solo from Garland as the rhythm propounds. Rebello’s piano maintains the flow, and the ensemble grows a bigger sound than its five members.

Another guest is vocalist Dionne Bennett who sings Garland’s anti-war composition, written during an arms fair in London: Pity the Poor Arms Dealer . . . ‘ who sows the seeds of war, making sure each has enough to keep them wanting more.’

Garland acknowledges influences from Celtic music and Latin and Spanish rhythmic patterns, explored over ten years by his band,Lammas and absorbed from his ongoing collaboration with Chick Corea. Such rhythms with added percussion are heard on Foretold where the leader has also layered six saxophones instead of just one producing the sound of a big band reed section, sometimes with throat growl overtones, as well as his soprano sax solo. Sirkis’s frame drum kit comes to the fore, and Ramzy is heard here too creating a mesmeric groove on the karkabu (giant metallic finger cymbals) and doholla, a deep drum.

This is an unusually diverse collection of nine special compositions.