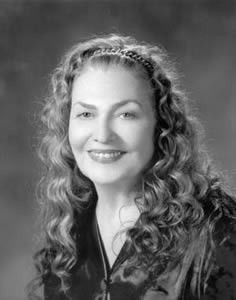 With the imminence of the 2005 Perth International Arts Festival I thought I would take the opportunity to give you a backdrop to the rationale on the selection of our jazz artists.

Lindy Hume the Artistic Director for PIAF chose Transcendence and Transformation as the focus for the 2005 festival. That theme perfectly juxtaposes with an artform such as jazz as its core aim is to go beyond the ‘bleeding obvious’ and qualitively change it – through the creative, intellectual and intangible attributes of the artist.

Brazilians, Airto Moreira and Flora Purim have been on the jazz agenda for a couple of years and finally the dates lined up. It was an omen. Their music, sound, groove, is filled with contemporary nuances but always maintains its inexorable link to the spirit of Brazil. Flora and Airto bring with them an exciting bevy of LA and San Francisco musicians – including their vocalist/daughter, Diana Booker.

My first experience with the Turtle Island String Quartet was when I heard them on The Nightly Planet ABC Radio National. I immediately rang its Producer, Doug Spencer to get the low down on the group and then tracked them down via internet (thank god for the internet). Its leader, Mark Summer a charming San Franciscan (there’s something about San Francisco) was over the moon by the invitation to come to Australia. The Turtles transform many jazz compositions, Monk’s Ruby My Dear, Pat Metheny’s Jaco – a tribute to the late great fretless electric bass player, Jaco Pastorius, to the transcendent variations from, Vivaldi’s Four Seasons and the elbow bending ebullience of Tower of Power’s, Who Do you Think you Are.

Nancy King – well that’s another story. I was having dinner at the Hyde Park Hotel with Canadian trumpet player, Ingrid Jensen – She was flying out that night after having performed at the festival in February (but not before she sat in at the PJS). I was looking for a jazz singer, one who was outstanding – but undiscovered. She immediately delved into her backpack and gave me her Sony Walkman, ‘listen to this’ she said. It was Nancy, she was singing Joni Mitchell’s A Crooked Road, I nearly fell over, I roared home got on the internet and sent an email. Nancy – who is in her mid 60’s is one of those singers who completely understands the subtext of a lyric, she can sing a straight melody with swing in its belly and scat like a Freddie Hubbard trumpet, playing in a club at 2am. What a find!