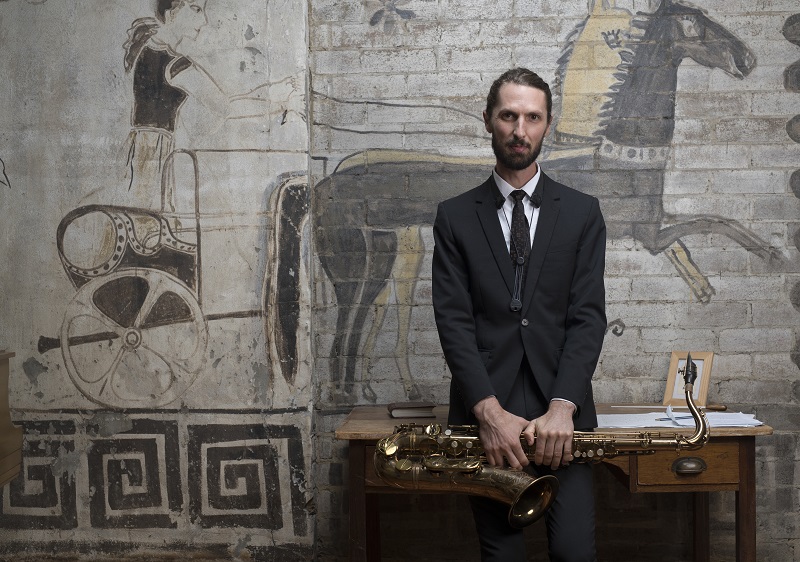 Brisbane composer Rafael Karlen has been awarded as the 2018 Peggy Glanville-Hicks Composer-In-Residence which accommodates the saxophonist/arranger for 12-months in the late Peggy-Glanville Hick’s inner-Sydney pad.

He believes that living in a stimulating creative space to be conducive to pursuing his musical practice with a higher level of intensity.

During his time in the house, Karlen intends to digest, consider, and explore music; uninterrupted by the noise of day to day life.

Whilst in residence Karlen plans to work on a range of acoustic projects that crosses jazz and classical music as well as traditional music from Tibet. His first project combines piano and saxophone with cello and violin. Traversing musical genres, the Winston Churchill Fellow, will also use this opportunity to focus on developing new work for the Brisbane International Jazz Festival to be premiered in June as well as a new composition for the Queensland-based 20-voice ensemble, Australian Voices.

During Karlen’s year-long residence, he will open Peggy’s living room for a small number of intimate musical evenings. Opening the series in April, Karlen invited British/Indian musician Supriya Nagarajan to perform accompanied by Alister Spence on piano alongside himself on tenor. The trio explored Nagarajan’s research project which looked into the effect of lullabies on the brain.

Bequeathed by internationally renowned Australian Composer Peggy Glanville-Hicks, the three-bedroom terrace in Sydney’s Paddington area has become a sanctuary for Australian composers for more than 25 years. Previous jazz and improvising artists awarded the opportunity include Barney McAll and Jon Rose.

The house is part of the Prelude network of creative residences across Australia.