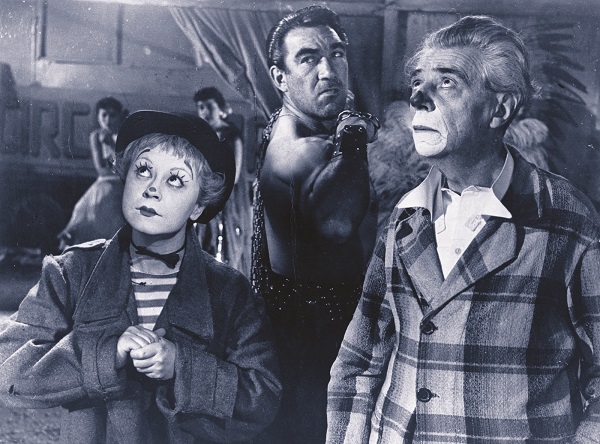 The Italian connection, inspiration from a film legend.

In conversation with Peter Dasent.

JK: When did your interest in the scores of Nino Rota begin?
PD: I loved the music from The Godfather (1971), despite being more musically inclined at the time towards Led Zeppelin and Frank Zappa. In 1976 my local cinema, in a moment of inspired programming unusual in Wellington, New Zealand, at the time, took to screening Fellini films on Sunday nights. I would watch these amazing creations, and then find myself singing the theme music all the way home. When I moved to Sydney in 1981 I heard Hal Wilner’s wonderful tribute album Amarcord Nino Rota, with the sublime piano solos by Jaki Byard, Bill Frisell’s interpretation of “Juliet Of The Spirits” (actually his first recordings) and of course Carla Bley’s arrangement of 8 1/2. By then I’d realised I was listening to music that I would live with for the rest of my life.

JK: Tell us a little about your travels to Italy and the US researching his music?
PD: I was miraculously awarded a Churchill Fellowship to travel in 2004 to research Rota’s Fellini scores. In LA I met Nina Rota, the composer’s daughter, who grew up thinking Nino was just an eccentric old family friend. In Italy I visited the Fondazione Cini, on the island of San Giorgio Maggiore in Venice, which is a kind of Italian cultural museum which contains the archives of various famous Italians including Nino Rota. There I was able to examine the actual scores from the films, and Rota’s notes. This was by far the most exciting part of the trip. In Rome I met various colleagues and friends of Rota and in Bari I visited the Conservatory where Rota taught for nearly 30 years.

JK: How did the process of arranging the six suites of music take place?
PD: I transcribed the music myself from LPs and cassettes. It’s not “difficult” music, i.e. it’s tonal and harmonically straightforward, the main thing for me was transferring the essence of the music from, in some cases an orchestra, to a jazz sextet. Fortunately Rota was fond of using instruments like vibes, marimba and accordion so The Umbrellas’ instrumentation was off to a good start!

JK: Do you have favourites when it comes to particular Rota scores and if so what are they?
PD: I think the Fellini scores have something special about them. His other film scores are good, but Fellini seemed to extract something magical from Rota, something that I believe came from their friendship and respect for each other and of course working together over such a long period – 17 films in 28 years.

JK: Tell us a little about the album Bravo Nino Rota, which has a wonderful vitality to it?
PD: The album was recorded in 2001 I think – after we’d done some concerts in 1999 to celebrate 20 years since Rota’s death. The vitality is in the music to start with, but I just love the way the musicians took my crazy idea to play this music to heart. I mean, it’s not your average Australian jazz gig.

JK: What can we expect from yourself and the Umbrellas at the Sound Lounge on Saturday 27 August?
PD: We’ll be playing the whole album, with guest mezzo-soprano Michelle Agius-Hall on board as well. I’ll also be doing a pre-concert talk about how I came to play and record this music, and talking in more detail about my Churchill Fellowship experience. There’s a few funny stories in there! I’m so looking forward to doing it all again – although The Umbrellas play a couple of selections from the album at our gigs this will be the first time we’ve played the whole show for over 10 years!

Performance Peter Dasent and the Umbrellas