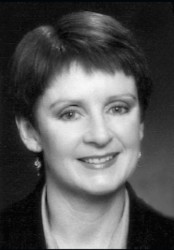 Sue Kingham is a professional vocalist and experienced performer with a style influenced by the Soul Divas and Jazz Greats of the past, as well as the new breed of Jazz artists, among them Cassandra Wilson, Kurt Elling and Eva Cassidy.

Sue was lead vocalist and co-leader of the renowned 14-piece funk band Hothouse which performed for the Festival of Perth and was the headline act for many shire concerts and corporate functions; it was the official Superleague band, backing band for Frank Bennett and support act for James Brown on his 1996 tour.

Sue is featured on the Jazz West Big Band CD and performed as a member of this band at the prestigious Manly Jazz Festival in NSW. She was also lead vocalist for the WA Youth Jazz Orchestra for many years including its prestigious tour to the Edinburgh and Aberdeen International Festivals.

Sue has performed at all the major venues in Western Australia including Leeuwin Estate, Burswood Cabaret and Theatre, the Perth Concert Hall, the Hyatt, Sheraton and Parmelia, and Rendezvous Hotels.

Sue is Vocal Tutor at the WA Academy of Performing Arts (Edith Cowan University) for the Jazz and Contemporary Music Courses.