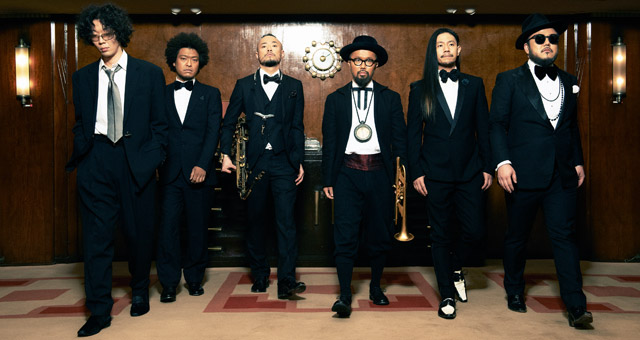 Paradiso was the setting for a refreshing take on what Soil & Pimp Session describe as “death jazz” the epitome of “atmosphere” – a very important ingredient on the Japanese club scene. It was a high energy set from start to finish with these Tokyo hipsters who looked as though they had just stepped out from a night on the town in Shimokita or Shinjuku.

It was definitely a winning gig to close the Paradiso sessions, with these quirky Japanese performers strutting their stuff to an enthusiastic crowd.  A feel good session, that teased us with its myriad beats. The musicians created a vibe and wove a spell as they skilfully jumped across musical styles.

We experienced the equivalent of a musical sushi train, with an underpinning of Japanese joie de vivre.  Actually on reflection, make that a Bullet train.. The trumpet and sax were able to take us from Miles Davis inspired to mellow soul, Muscle Shoals type horns, blues and for good measure some backbeats reminiscent of B52’s rock lobster.  This kind of high energy eclectic weave was contained in each song, creating a joyously infectious atmosphere.

The band leader Shacho, is also known as the agitator, spirit. He moved from mike to megaphone, triangle, tambourine to a mini keyboard on a stick.  He lived up to his title as he masterfully set the atmosphere.

Tabu Zombie (trumpet) and Motoharu (sax), who, apart from some blazing solos, also bought a duet feel to the groove. In a nod to the theatrical nature of the band, Motoharu changed from soprano to alto to tenor with swagger.

High energy and fun, these guys are definitely worth catching for an irreverent, but incredibly entertaining and musical set. Definitely not jazz as we are used to, but perhaps a new way to consider as a genre for the future.

And did I mention, what fun!