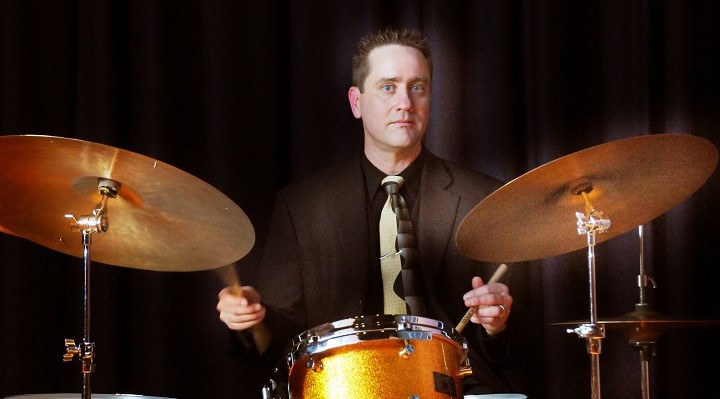 The Song is You, review by John Hardaker

Hot on the heels of drummer Andrew Dickeson‘s recent collab with US horn player Eric Alexander – Is That So? – comes his new one, The Song is You. Where Is That So? went for the classic tenor/piano quartet template, on this new album Dickeson has gone for the more minimal sound of tenor/guitar, lending the music a more astringent and modernistic texture.

Of course Dickeson is much more than simply a drummer. A writer-arranger and mainstay of Australian jazz for years now, he is an inspiring figure and one within whom Jazz classicism burns bright. Any occasion Dickeson is also the bandleader is always an event. This album, built around the visit to Sydney of alto/tenor player Nick Hempton from NYC is no exception.

The Song is You takes an eclectic approach, evidenced (pardon the pun) by the Monk opener ‘Trinkle Tinkle’. Thelonious’s knotty tune is relished by the group with Hempton taking an authoritative solo over Monk’s anarchy, and Dickeson’s drum solo playing in and out of almost random-sounding melodic fragments. The wit and sense of fun in Dickeson’s arrangements across the album is a joy.

‘Moonlight in Vermont’ takes the unusual approach of Hempton playing the ballad head, solo,  across a Cuban rhythm on high-tuned toms. It is dislocating and vaguely surreal until the band enters, with Ashley Turner‘s cooly considered bass solo a highpoint.

The rarely heard Cedar Walton tune ‘Shoulders’ moves with a robust swing allowing guitarist Carl Dewhurst to really dig in. It is a pleasure to hear Dewhurst again, now that he is back among us. Over the last few months I have heard him play electronic experimentalism, blues-rock and rockabilly. But, listening to his solo here, I can be sure there is a special room in his musical soul for classic jazz guitar, unadorned and blues-soaked. His solo on ‘Shoulders’ is constructed with a clear trajectory, as the fluid single note runs turn to surprising chords dropped in as the band heats up.

‘Blues for Riyo’ is everything a spontaneous blues should be, with Dewhurst and Hempton conversing in an almost telepathic vocalese. Hempton’s tenor tone is beautifully round here; shades of Ben Webster, perfect for the blues. As on the ballad track, ‘You’ve Changed’, the band shows it can do shade as well as light with impeccable taste.

This light and shade comes across on the Bernie McGann home-grown beauty ‘Spirit Song’, Dickeson handling the skipping 3/4 rhythm deftly. But shade is put aside on the album closer ‘It’s You or No One’, a triple-time bop cooker where Dewhurst and Dickeson trade swift and spirited fours, while barely breaking a sweat.

Dickeson’s startling arrangement of the  title track, the Kern/Hammerstein standard ‘The Song is You’ is the highpoint, to me, of the album. A few weeks ago I heard Sydney vocalist Kate Wadey perform it in a relaxed and intimate setting – and I was reminded why a beautiful and enduring tune it is. Dickeson’s take has the tune morphing from 7/8 to 4/4 with rhythm hits, then moving to a 3/4 waltz figure which ritards – not only does this complexity work seamlessly, but Hempton solos easily over it, before the band settles on a driving swing.

With The Song is You Andrew Dickeson has once again produced a work that moves forward while holding to the tenets of tradition in the music. The strength of the jazz past runs through everything he does, while his inspiring and inspired spirit makes it live today.