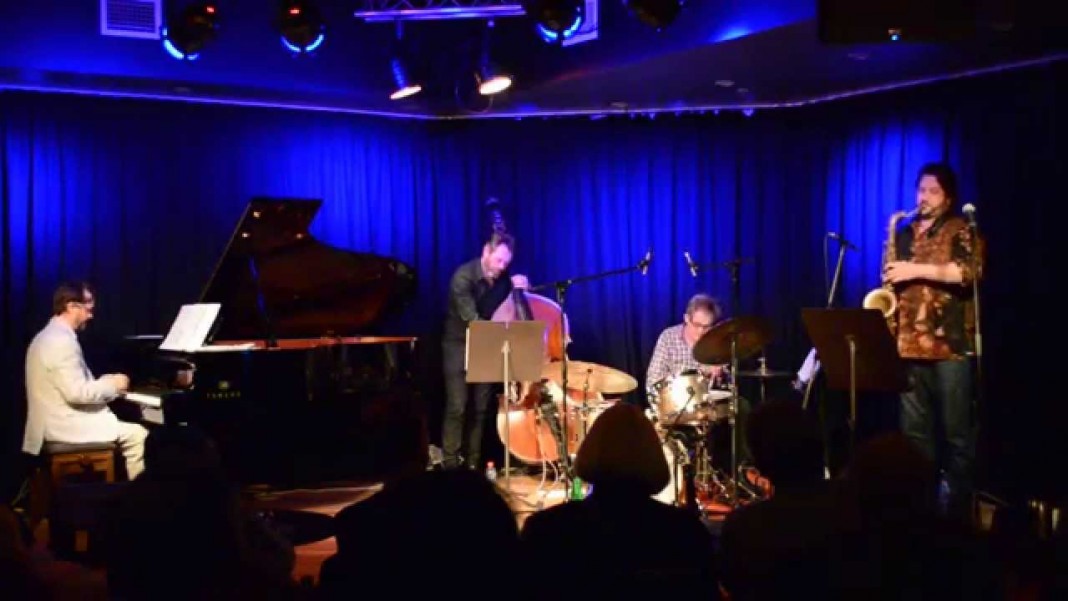 Featuring the same quartet as his best selling, triple Australian Jazz Bell Award winning This Is Always album ,but recorded live at The Sound Lounge for SIMA by Fine Music presenter Peter Nelson,Julien Wilson’s This Narrow Isthmus is one also one of the final recordings of the late great drummer Allan Browne who died in June 2015.
Where This Is Always was all ballads and standards this album leans towards the blues with all original compositions written especially for the group by the band’s irrepressible saxophonist leader in 2014. This recording comes from what was the fourth of only five shows that the quartet ever played together and the only performance that was recorded. Sadly there will be no more.

Outstanding tracks include Rainman and Bernie, deriving inspiration from the works of Billy Strayhorn and the late iconic Australian saxophonist Bernie McGann.These are exceptionally deep and truly contemplative ballads superbly played by Wilson’s weeping tenor accompanied by the glistening arpeggios on grand piano by Barney McAll.

Another stand out is Weeping Willow,opening with the authoritative bass of Jonathan Zwartz and Browne’s cymbals and drums then racily progressing with tenor and grand piano into something more pleasingly bluesy than its inspirational companion Willow Weep For Me.

Captured here is a band of Australian musicians at the height of their game on a quality recording that is a must have for all lovers of contemporary improvisation.

All compositions by Julien Wilson