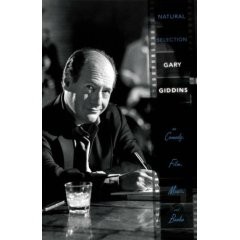 What is the role of a music critic? Some would argue that it is a very limited one -that the music illuminates itself and all discussion is mere background noise.

Others, like Jay Nordlinger, music reviewer for the US publication The New Criterion, says critics do serve a useful, though limited, function. “They have a role to play in explicating, in promoting, in teaching, in making mischief. But the keys to the kingdom of music must be gained by joining with music, by entering that separate world of sound, of musical thought, where words have little place.”

In the first of a two-part series, Jazz Australia asked John Shand, jazz critic at The Sydney Morning Herald for more than a decade, about scope, challenges and pleasures of his work.

Jazz Australia: How do you see your role as a critic?

John Shand: Ideally, you’re doing several things. One is you are alerting the public to something that they may not know about and may wish to seek out. Another is you’re making judgments about the quality of a performance or an album, ideally on the artist’s own terms. Implicit in that, therefore, is being capable of arriving at some understanding of what the artist intends. That doesn’t mean necessarily interviewing or knowing the artist. It’s just being able to identify what it is they’re about from a broad knowledge base of the art form.

I’m also trying to evoke the music and convey what happened to a general readership. I see this as a vital part of my function.

When there’s a chance for a follow-up performance, you’re obviously guiding the reader reasonably directly to the opportunity to go and see someone. But one of the things that sets what I do apart from a theatre critic is that often that isn’t the case and therefore the function is slightly less specific.

JA: So there is an advocacy role that is more pronounced than that of a theatre or film critic?

JS: Traditionally, theatre critics are adversarial, although in this country far less so than in other places. But I don’t see much of a function of being adversarial here. If a CD is not up to scratch I don’t write about it, as opposed to pouring a bucket of vitriol on it for no enormous purpose. The exception is where the reader has a certain expectation of quality from that artist and they have turned out a naff album.

A live performance is slightly different because you are committed to writing about it before you can judge its quality. That said, I try to shy away from things that I expect to be bad. Why bother lambasting someone when the same space in the newspaper can be better devoted to commenting on someone who is doing good work. And there’s no shortage of people doing good things in this country in the area of creative music.

JA: What’s the hardest thing about being a critic?

JS: You get to know a lot of the people you are writing about. Inevitably they cope with criticism with varying degrees of genteelness. That has led to many awkward moments, some of which I would have preferred hadn’t occurred. What I see as being a comment purely on the artist’s work is seen by some musicians as a personal attack. They feel a strong sense of grievance and I feel an equally strong sense of having been truthful.

JA: Have you had much negative feedback about what you have written?

JS: I’ve had people threaten me physically and I’ve had people try to get me fired. I say that as someone who I think would generally be perceived by readers and the music-going public as being a relatively benign critic. So it probably says more about the thinness of the skin of some of the artists and producers than it does about what I write.

At no time have I ever set out to score cheap points for myself by being scathing in an entertaining way, which is one of the methodologies of international theatre criticism. There can be a certain pleasure, I am sure, in completely destroying someone in print, but I’ve never set out to do that. The nearest I got was when I reviewed Dudley Moore very scathingly when he performed at the State Theatre in Sydney. That was as near as I got to a vicious review because I was angry that the punters were charged a lot of money to witness someone who was too inebriated to be capable of performing, and I said as much. The same thing would apply at a jazz gig. If someone were drugged or drunk to the degree that they were incapable of performing you wouldn’t hide that fact, even though that might be subsequently damaging to their career.

JA: Have you ever had to wonder about the merit or otherwise of a performance or album because of it newness or unorthodoxy?

JS: On a broader level, I wonder about the ongoing merit of jazz, an art form that quite clearly in certain ways has run out of creative steam compared to 40 years ago. I think the most obvious evidence of that is why is there no John Coltrane or Miles Davis playing music at the moment? Other than the fact that Ornette Coleman and Sonny Rollins and Max Roach haven’t died, there simply are no innovators of that order around. There are many, many very fine players but there is no one who has shaken up the jazz scene in the way that they did.

I raised this issue with Pat Metheny a year or so ago. He pointed out that it’s hard to have that sort of impact when jazz itself doesn’t have the sort of impact it had 40 years ago.

Within a scene that still has a world-wide audience, in which thousands of albums are produced each year, and tens of thousands of people are active practitioners, it’s interesting that no one has been such a force since Miles Davis died.

So you’re left with relative innovation. Jan Gabarek does something incorporating an unusual form of music in Scandinavia and it’s a little innovation. And there are interesting crossovers with world music or whatever. But there are not the giant leaps. And I don’t think those giant leaps are possible again. Rather paradoxically, I think it’s simultaneously a consolidation and an expansion of vocabulary, the expansion being made possible by embracing other existing music forms and fusing them with jazz.

I hear some people making highly personalized ways of dealing with the language of jazz, and bringing something new to it, and I appreciate their endeavours particularly. Significantly, some of the players who are doing that with the greatest level of interest for me are right here in Australia. When I go and hear a performance like the Phil Slater Quartet at the Wangaratta Festival I’m hearing music I haven’t heard before, and that’s still very exciting.

JA: Do you think musicians understand the role of the critic?

JS: Some do and some have no idea. It’s not unreasonable that there’s a level of suspicion on the part of musicians towards the critic. What I find disappointing is that an artist can be a fair-weather friend – and this applies to promoters, managers and agents. They’ll hate you when you write about them adversely but swiftly love you when they have a new album out – even though you criticized the last one. They’ll instantly be very chummy in the hope that you might write something about the latest one.

I understand the suspicion and skepticism, but I wish the dialogue between musician and critic, promoter and critic could be played in a more straightforward fashion. That slightly devious element I find rather distasteful and I would try to avoid such deviousness in my dealings with them.

JA: Do you have a critic – music of otherwise – who has influenced you?

JS: No, I avoid reading them like the plague. The last thing I want to know is what someone else thinks about music. I don’t read music magazines; I don’t read other critics. I actively avoid them. I have no interest in what they’re writing as long as I’m writing. If I stopped writing I might have a vague interest in seeing what someone else does but as long as I’m doing it I won’t read them.

JA: Is that because you don’t want to be subconsciously influenced by other opinion?

JS: Yes. There are exceptions. I own a copy of The Penguin Guide to Jazz on CD and use it as a research tool and as a consequence there is a chance I’ll absorb their appraisal of albums. But I try to discard the appraisal side of it and concentrate on the information I was after, such as the year a particular album was released or that Ron Carter was the bass player. More usefully, I have The Grove Encyclopedia of Jazz, which is less opinionated in the way that it talks about the music, so it’s intensely useful to me for purely biographical information.

JS: The relationship between critic and editor is complex and tricky because jazz is – correctly – identified as a minority art form and they are inherently suspicious of the need for coverage. It’s only because of a combination of a history of coverage – a long tradition in the case of The Sydney Morning Herald – and from time to time a sympathetic decision maker that it continues to get the space that it gets. And that space is pretty modest. You can’t mount any kind of argument that it should get more space because it already has more space than it would get purely in terms of the proportion of the population that takes an interest in jazz. That applies more to jazz than it does to opera and classical music. To continue to be the devil’s advocate for a moment, jazz does better out of my newspaper than, say, folk music, which has a bigger audience and could be argued is just as creative a medium but gets virtually no coverage.

There are all those complexities about what level of coverage jazz deserves. The one thing I can say with absolute assurance is that about 95 times out of 100 I have less space than I would like to talk about the art I have witnessed. I’m always editing myself down to fit a very limited space, whereas what I often witness, I think, is quite significant in the grand scheme of local artistry. I don’t just mean jazz or music. I mean all the arts thrown together. The best that is happening in creative improvised music is as good as is happening in any of the arts.

JA: What about space for features where broader themes in the jazz scene could be explored or where you could look in depth at an artist or band?

JS: I have less of an urge to write features. Going back 10 years I did a lot of it, but now I’d much rather write about what musicians do in performance or recording than write about them. Ultimately, that’s the publicity machine trying to attract people to a gig. Most artist profiles are a waste of space.

What do you think? Email us at editor@jazz.org.au
Next week: John McBeath talks about his work as jazz critic for The Australian and The Adelaide Advertiser.