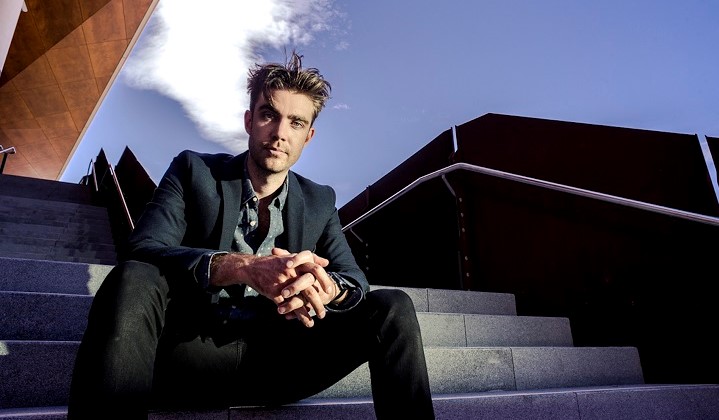 An interview with Jeremy Rose for Jazz Australia.

Robert Hughes’ The Fatal Shore was a vivid portrayal of the human cost of Britain’s colonial experiment, and how this has shaped modern Australia. Saxophonist and composer Jeremy Rose has used Hughes’ text to create an epic work for jazz orchestra that is powerfully evocative, and at times both tragic and cinematic.

JA: How did this project, Iron in the Blood, come about?

JR: The Iron in the Blood project was born out of my enquiry into the origins of Australia’s cultural characteristics. At the time I was doing research on identity within the Australian jazz scene as part of my PhD in composition at the Sydney Con. What I discovered was that, although there were no distinct ways to differentiate the sound of Australian jazz to other music from around the world (although some may argue against this), there were certain creative processes that reflected who we are as Australians. I identified several themes that were discussed in literature and set about testing them; ideas on mateship, eclecticism and pragmatism. What I found was that I had to go back further into Australia’s history to understand why we are who we are. After a friend suggested reading The Fatal Shore by Robert Hughes, I was immediately captured by not only the eloquence of Hughes’ descriptions, but the incredible hardships, injustices and suffering in early Australia. The book altered my perception of Australia dramatically – it presents a vivid portrayal of the human cost of Britain’s colonial experiment, and how these have shaped modern Australia. Whilst I was reading about the book, I found an interview with Wynton Marsalis in the LA Times discussing how The Fatal Shore served as the impetus for him to compose his monumental work Blood on the Fields. I immediately felt an onus to create a musical project of my own that would feature text and a musical score that explored the convicts journey from slavery to freedom, and pay homage to Hughes, who passed away in 2012, and was reportedly an avid jazz fan. Jazz was the perfect vehicle for the music regardless of this. Just as the analogy of Australia being an improvisation of European settlement in an unknown landscape, the music calls on the musicians to use collective improvisation to advance the narrative of the work. It also draws from a wide palette of stylistic influences, from Sculthorpe, Mingus, Stravinsky, Messiaen and Ellington; the work is an eclectic amalgamation of my musical inspiration.

JA: What have been the challenges of bringing it together?

JR: This work has had numerous challenges along the way. One challenge was to gain permission to use the text of the book in the musical recording from the Hughes’ estate. After discovering that Lucy Turnbull was the niece of the late Robert Hughes, I was fortunate to be performing at a concert where Malcolm Turnbull (Lucy’s husband and former PM) was present. I approached him and after explaining my project he exchanged details of how to get in touch with Hughes’ widow, Doris Downes, an artist who lives in New York. She granted permission for the work, however it took a long time to finalise. Some of the other challenges included finding suitable text to fit into the 70-minute musical work from a book that is over 600 pages long! This took careful planning and decision making. Using an ensemble that consists of players from both Melbourne and Sydney is also challenging logistically, as you can imagine. I’m very grateful to Riverside Theatre for the opportunity to premiere the work.

JA: What are the highlights of the project?

JR: Besides winning the Bell Award for Best Produced Album, the highlight has been doing the recording. I was thrilled to be able to pull together an ensemble comprising some of the most creative jazz players in Australia. The performances from them was incredible, and Bob Scott the audio engineer did an amazing job – as I hope all of you can hear on the recording, out on ABC Jazz. An enormous amount of work went into the recording and I believe the work to feature some of my best writing so far.

JA: What can audiences expect to hear?

JR: They can expect to hear the story of something that is remarkably familiar and yet discover something incredibly new. If you haven’t read The Fatal Shore, expect to be blown away, and shocked, by some of the stories from the book. If you have, the music will help add a new dimension to the images and scenes from the book. The coupling of music to the two actors reading words from Robert Hughes, judges, soldiers and the convicts themselves is powerfully evocative and at times both tragic and cinematic. It is a rewarding experience for the listener, even if you didn’t consider yourself a history buff. This show will also feature the addition of projections from video artist Mic Gruchy, who has sourced an array of historical images from the Mitchell Library, as well as his vast collection of footage from around Australia.

Jeremy Rose and the Earshift Orchestra present IRON IN THE BLOOD