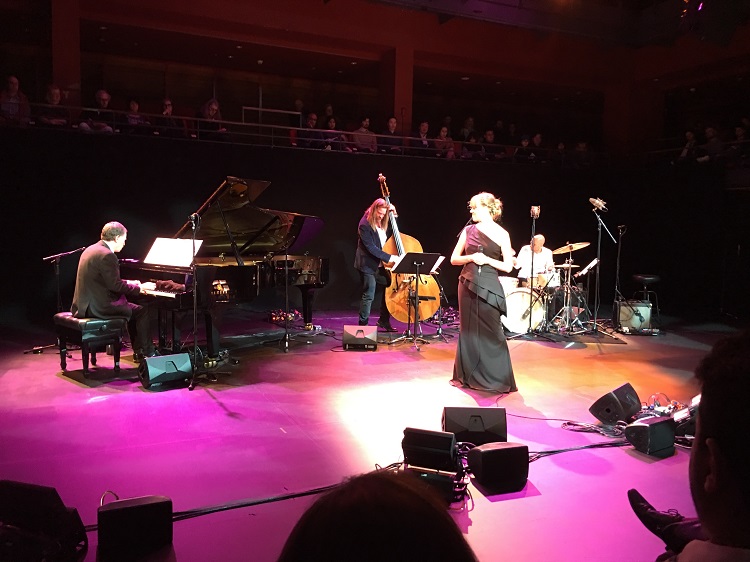 “Superb pianoforte and three edgy, melodic compositions to be the eventual winner”

This years Freedman Jazz Fellowship held at the studio of the Opera House Sydney proved that you can never expect the expected and always be prepared for the unexpected.

Each year distinguished jazz artists from each State and Territory are asked to nominate candidates who they recognise as being among the best musicians in Australia under the age of 35. This year resulted in 18 nominations from whom the three judges utilising a points system narrowed down to three finalists. It’s not possible to self- nominate for the Fellowship and nominees must also submit recordings of their music with their career enhancing written submission proposal. The live performance on the night is the final evaluation for the three lasting nominees determined by the judges.

This years’ judges, Mike Nock Gai Bryant and Matt Keegan are not only musicians but educators as well.

Hosted by ABC presenter, and sometimes jazz musician James Valentine, the evening began with a stellar performance from Manojlovic’s band HEKKA with Jacques Emery on bass and Tully Ryan on drums. Utilizing loops and programming, Manojlovic mesmerized his captive audience with superb pianoforte and three edgy, melodic compositions to be the eventual winner. Superbly complimented by Emery and Ryan’s improvisations the trio delivered a wonderfully empathetic performance in executing Manojlovic’s creations.

After a greatly streamlined turn around process compared to previous years, vocalist Elly Hoyt took to the stage, accompanied by Matt McMahon (piano), Phil Stack (bass) and James Waples (drums). Hoyt performed a part vocalese /part cabaret social comment, with “Eaten Fish Suite”, written by her and the English bassist Geoff Gascoyne. This segued into a heart rendering re-arranged version of Charlie Chaplin’s “Smile”. Utilising her deft and tightly controlled vocal technique, Hoyt confronted her audience politically on the current status of the Manus Island refugee situation. When the piece is developed further it will be interesting to see the social impact which could be realised when eventually performed in its completed form. The vocal improvisation was sometimes harsh but always compelling in execution, appropriately fitting the subject matter and Phil Stack’s bass solo was emotionally sympathetic. The composition contained some beautiful improvisational opportunities for McMahon who always shines in performance. James Waples solo was appropriately symbolic and riveting in its execution also.

The third finalist had two very hard acts to follow with his contemporary jazz performance of four original compositions. Sutherland, a very accomplished pianist and composer, delivered magnificent improvisational and performance opportunities for himself and trumpeter Thomas Avgenicos. Sutherland is a performer that will continue to shine and grow.

Novak Manojlovic will use his fellowship to write new music, tour his trio and collaborate with projection artists, something I’ll really look forward to seeing.