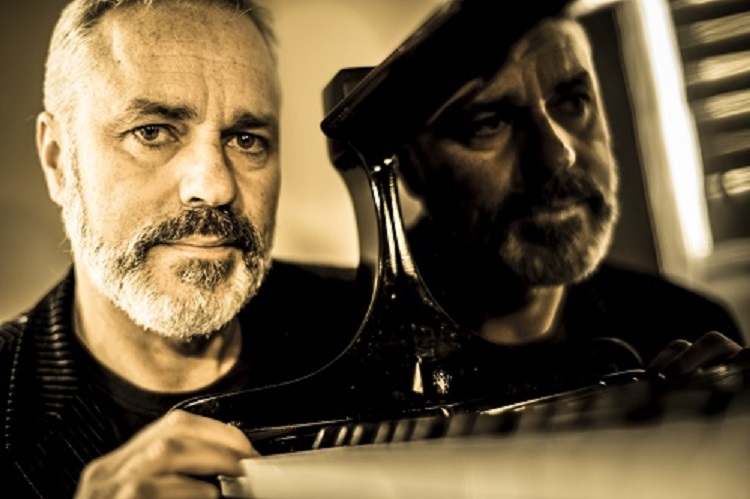 For Australian pianist and composer Chris Cody, who lived for many years in France, inspiration comes in many forms.

Take, for example, his return to Australia, and more particularly Sydney, where he became intrigued by the story of the great French navigator La Pérouse. Setting off in two ships – the L’Astrolabe and La Boussole – from the French port of Brest in 1785, La Pérouse landed in Botany Bay in 1788, just a few days after Captain Arthur Philip, whose First Fleet was at anchor.

Having witnessed the beginning of European settlement of the continent, La Pérouse sailed away six weeks later and was never seen again. Decades later, the Frenchman’s shipwrecks were discovered in Vanikoro, part of the Solomon Islands.

La Pérouse’s voyage and vanishing struck a personal chord with Cody and his own journey to and from France, raising questions of purpose and meaning, identity, migration, the old world versus the new.

“What I like about La Pérouse and his narrative is that it’s not about conquest. He journeyed with 250 people – botanists, astrologers and cartographers, none of them soldiers. It was all about learning and expanding human knowledge,” Cody says.

Cody’s suite, “Astrolabe”, is made up of nine eclectic pieces and draws on jazz, classical and world music to represent the journey of La Pérouse from France to Vanikoro. He’s written for 11 instruments to capture the various sounds and colours evoked by the journey and its period, judiciously using piano, double bass, percussion and drums, trombone and didgeridoo, trumpet, saxophone, bass clarinet and flute, violin, and accordion.

The suite mixed jazz with French classical music and touches of Spanish and Japanese influences. In one piece, a didgeridoo was introduced while Cody, on piano, played a free jazz improvisation over the top, suggesting the melding of unfamiliar cultures.

Astrolabe opened with a loud ship’s bell ringing three times to signal the start of the voyage; the bell would feature at other moments throughout the suite to dramatic effect. “Mundus Vetus”, or Old World, evoked an imagined medieval jazz, with a dark theme played by bass clarinet over an ostinato figure in 5.

More joyous and up-tempo, “Departure” was a nod to Ornette Coleman and his angular and avant-garde styling.

“Stone Figures”, a reference to the Easter Islands, was suitably sober and austere, contrasting rich brass harmonies with softer violin and accordion melodies, while “Becalmed”, as the title suggests, was a beautifully meditative piece highlighted by a sublime violin solo by Vanessa Tametta.

Echoes of Japanese or Korean temple music could be heard in “Oku-Yeso”, which featured a wonderful flute solo by Matt Ottignon, who deftly explored shakuhachi-type sounds. Atmosphere was further created by layers of different instrumentation: Cody playing inside the piano, the use of various gongs and bells, high arco bass playing.

A violent Polynesian percussion solo by Fabian Hevia led into the eccentric and amusing “Pacifique”, whose increasingly complicated canon hinted at trouble brewing on the voyage.

“Pere Receveur” reminded me of a Gregorian chant or funeral piece traced with a Spanish perfume, while “Vanikoro” featured a ballad in the Miles Davis style and a fine trumpet solo by Tom Avgenicos.

Astrolabe concluded with “Espérance”, a waltz of hope featuring a haunting accordion solo by Emily-Rose Sarkova.

At concert’s end, Cody and crew were met with rapturous and prolonged applause, suggesting there are more waters to be charted on this enthralling musical voyage.