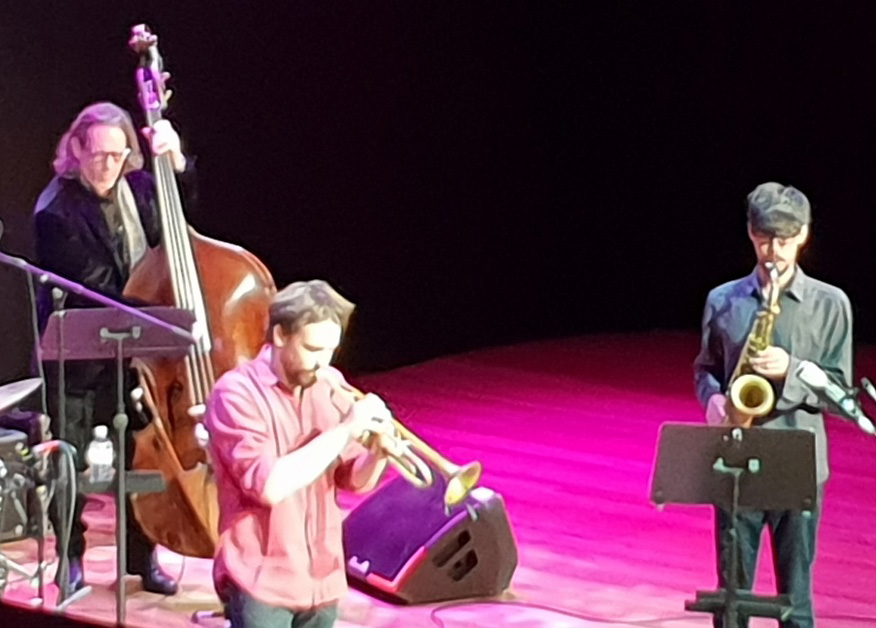 Accompanied by band of Jonathan Zwartz (bass), Finn ryan (drums), Peter Farrar (sax) and Danny Pliner (keys) Garbett set the scene with a beautiful duet for trumpet and bass dedicated to his Wal Gregory, mentor. Then followed by new tunes, some so new that one was named for Nick’s upcoming flight to Italy. A mention has to go to the fantastic ensemble and musicianship of all his band members and the light and shade in his compositions and their performance.

Nick is on his way to Italy where he’ll work on a European career with trips back to Australia to play with bands, the Vampires, Garfish and The Strides.

Mention goes to the other finalists